We testified that the Department of Veterans Affairs faced challenges obtaining critical medical supplies for its medical center during its response to the COVID-19 pandemic. Further, an antiquated inventory system made it harder for the VA to track levels of personal protective equipment at its medical centers.

In addition, the VA has delayed the rollout of MSPV 2.0—the next iteration of its own medical supply prime vendor program. The new version aims to address some long-standing problems, such as backordered supplies. The VA is also piloting the use of another agency's MSPV program in lieu of MSPV 2.0. 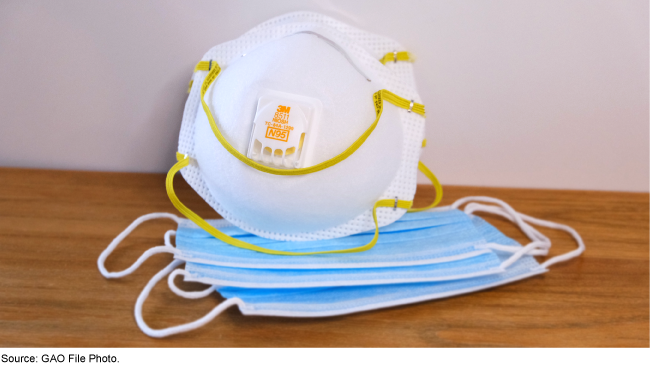 As GAO reported in June 2020, VA has several supply chain modernization efforts underway. However, in its draft report on the MSPV program, GAO found that each effort faces significant delays.

MSPV modernization. VA's next iteration of its preferred supply source, the Medical-Surgical Prime Vendor (MSPV) 2.0 program, aims to address some shortfalls identified in GAO's past and ongoing reviews, such as supply backorders. However, VA delayed implementation of MSPV 2.0 from April 2020 to early 2021 and, based on its plans, it will not fully address all existing issues.

Defense Logistics Agency MSPV pilot. VA is piloting the use of the Defense Logistics Agency's MSPV program to provide medical and surgical supplies to several VA medical centers in lieu of MSPV 2.0. In addition to the pilot facing delays of almost a year, VA lacks a comprehensive methodology to measure pilot success.

VA spends hundreds of millions of dollars annually to meet the health care needs of about 9 million veterans. As of June 30, 2020, VA received about $19.6 billion in supplemental appropriations for COVID-19-related needs. Due to longstanding issues with VA acquisition management, GAO added it to its High Risk List in 2019.

This statement discusses how VA is meeting its needs for medical and surgical supplies during the pandemic and the status of ongoing efforts to modernize its supply chain. This statement is based on information from three reports issued from 2017-2020, a draft report on the MSPV program currently with VA for comment, and preliminary observations from an ongoing review of VA's COVID-19 procurements.