Our recommendations are to help FTA make this program more effective. 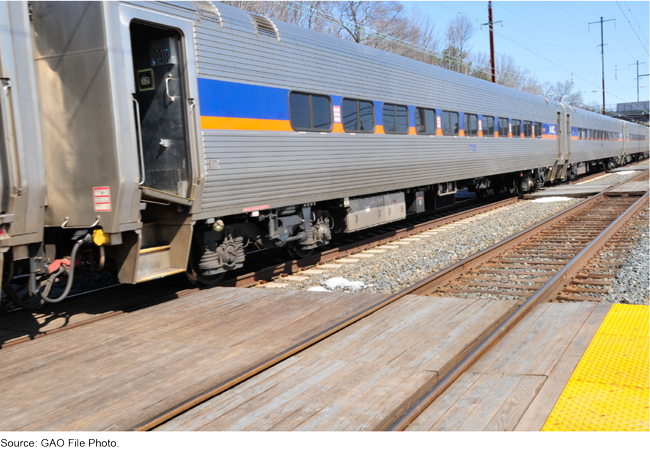 The Federal Transit Administration's (FTA) Transit Asset Management (TAM) program requires transit agencies receiving federal assistance to develop plans to manage their assets and meet other requirements. According to generalizable results from GAO's survey of urban transit agencies, most agencies made few changes or limited improvements to their existing procedures for inventorying or assessing the condition of assets to incorporate TAM requirements. TAM requirements also include reporting performance targets for four types of assets: rolling stock (like buses); equipment; facilities; and, for rail agencies, guideway infrastructure (like track). Transit agencies GAO surveyed found performance targets for most, but not all, assets to be useful for capital planning (see figure).

Notes: Combined data for each asset category may not equal 100 percent as “do not know” responses are excluded. Estimates in this figure have a margin of error of +/- 10 percentage points or fewer, at the 95 percent confidence level.

Nonetheless, the targets for the four asset categories are based on performance measures that do not fully assess state of good repair, as defined by FTA standards, or cover all key performance dimensions contrary to leading practices GAO identified in prior work. For example, FTA's measures do not fully address whether an asset poses an unacceptable safety risk, one of FTA's standards. FTA has not reported this and other limitations of its TAM performance data. As a result, stakeholders may draw inaccurate conclusions on the condition of the nation's transit assets, potentially affecting policy decisions.

FTA's TAM requirements may not prepare transit agencies to manage transit assets over their life cycles. For example, contrary to FTA-sponsored research on leading transit asset management practices, FTA does not require transit agencies to develop investment scenarios, which hypothesize the effects of different funding levels on transit assets. While FTA officials told GAO they made this decision to minimize the burden on smaller agencies, leading practices provide tools for any size agency to adapt scenarios to its needs. FTA officials said that addressing GAO's findings and others that may result from FTA's own reviews of the TAM program would require a program rule change, which is a lengthy and costly process. Leading program management practices emphasize the importance of identifying areas for improvement and proactively planning for change. Such planning may be even more important when change requires a lengthy process; but FTA does not have such a plan. Having a plan to manage future improvements to the TAM program could help ensure intended program benefits are realized.

In 2019, the Department of Transportation (DOT) reported a $98 billion national backlog in deferred reinvestment needs for transit assets in 2014, affecting the quality of transit services. Transit asset management can help agencies make investment decisions that improve asset performance and reduce life cycle costs. In 2016, FTA issued a final rule for its TAM program that required transit agencies to develop TAM plans and report on their assets.

GAO is making recommendations that FTA: (1) include the known limitations of TAM performance data in public reports, and (2) develop a plan to manage any future improvements to the TAM program. DOT concurred with the recommendations.