To ensure that airport revenue (e.g., concessions, parking fees) went toward improving airports, a 1982 federal law prohibited that revenue from being diverted to non-airport uses. But currently, 5 city or state governments and 4 transportation authorities are grandfathered in—exempt from the restriction due to local revenue use arrangements predating the federal law.

We found that from 1995-2018, these organizations lawfully diverted between $0 and $840 million a year. These funds pay for health care, public safety, and more. Organizations told us repealing the grandfathering provision would have legal and financial implications for them.

Organizations That Have Reported Grandfathered Revenue Diversion, as of 2018 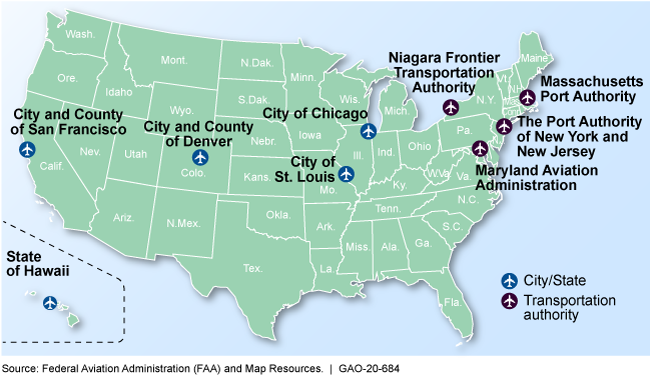 According to the Federal Aviation Administration's (FAA) data for fiscal years 1995 through 2018, nine airport owners—also known as “airport sponsors”—lawfully diverted airport revenue amounts ranging from $0 to over $840 million by a sponsor in 1 year. These “grandfathered” airport sponsors are currently exempt from federal requirements to use all airport revenue solely for airport purposes (see figure). Together, these sponsors own 32 airports serving millions of passengers a year. Five of these sponsors are city or state governments, which regularly diverted airport revenue into their general funds for government programs and services. Four of these sponsors are transportation authorities, which diverted varying amounts for various transportation-related purposes, such as supporting maritime ports or transit systems. Three of the transportation authorities also secured bonds using revenue from their various activities, including airport revenue, to finance airport and non-airport assets.

Airport Sponsors That Have Reported Grandfathered Revenue Diversion, as of 2018 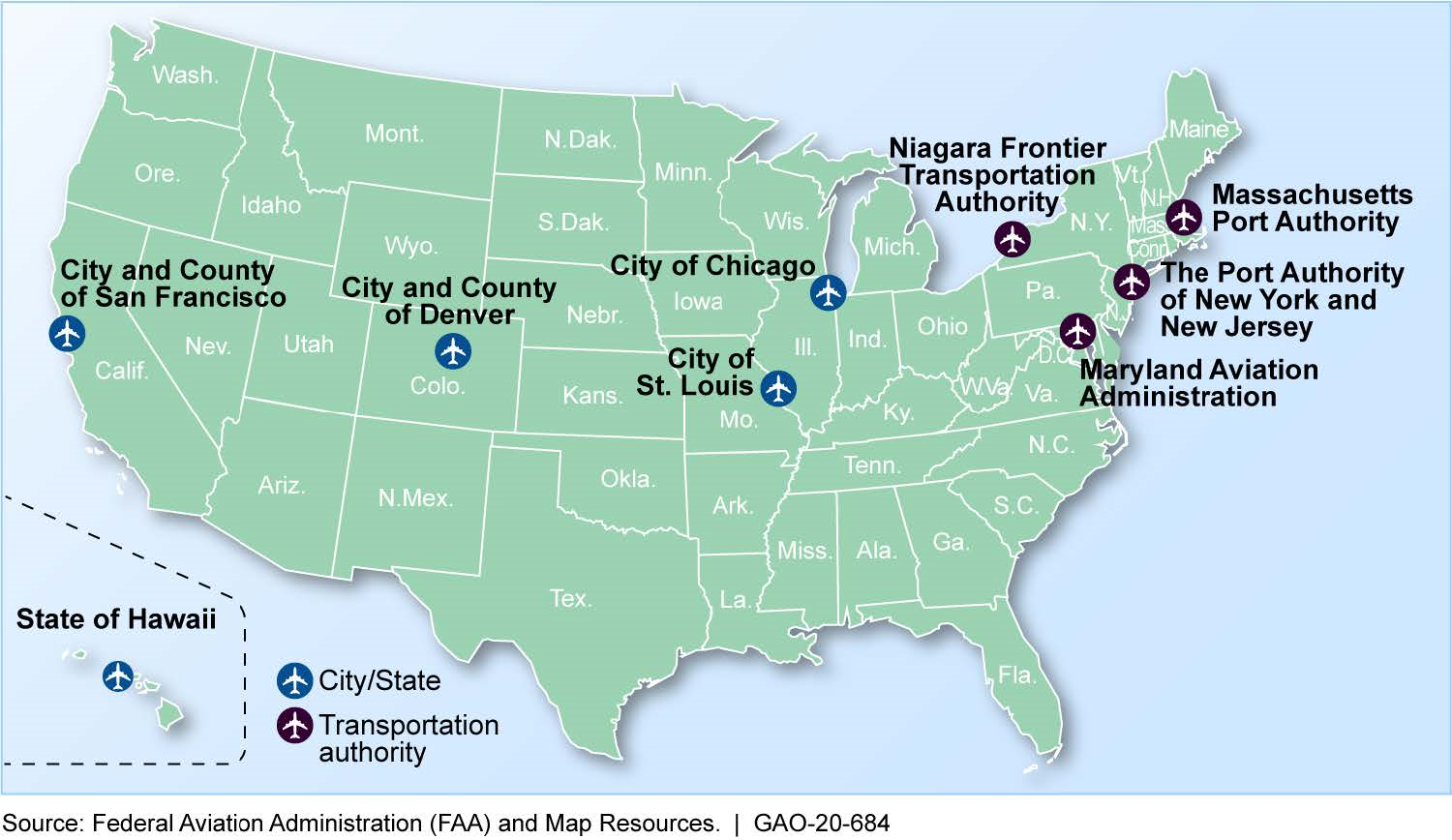 According to selected stakeholders, a repeal of grandfathered revenue diversion would have complex legal and financial implications for transportation authorities. Transportation authority officials said that a repeal would inherently reduce their flexibility to use revenues across their assets and could lead to a default of their outstanding bonds if airport revenues could no longer be used to service debt; exempting outstanding bonds could alleviate some financial concerns. For city and state government sponsors, a loss in general fund revenue could result in reduced government services, though they said a phased-in repeal could help in planning for lost revenue.

In 1982, a federal law was enacted that imposed constraints on the use of airport revenue (e.g., concessions, parking fees, and airlines' landing fees), prohibiting “diversion” for non-airport purposes in order to ensure use on airport investment and improvement. However, the law exempted “grandfathered” airport sponsors—those with state or local laws providing for such diversion—from this prohibition. Viewpoints vary on whether these airport sponsors should be allowed to continue to lawfully divert revenue.