We conducted a nationally-representative survey of Head Start centers. Based on that survey, we estimate that:

26% tested for lead in their drinking water; 10% of those found lead and all took action to remediate

31% did not know if they had tested

We made 4 recommendations to federal agencies to promote lead testing of water in child care facilities and to improve collaboration across the federal government to do so. 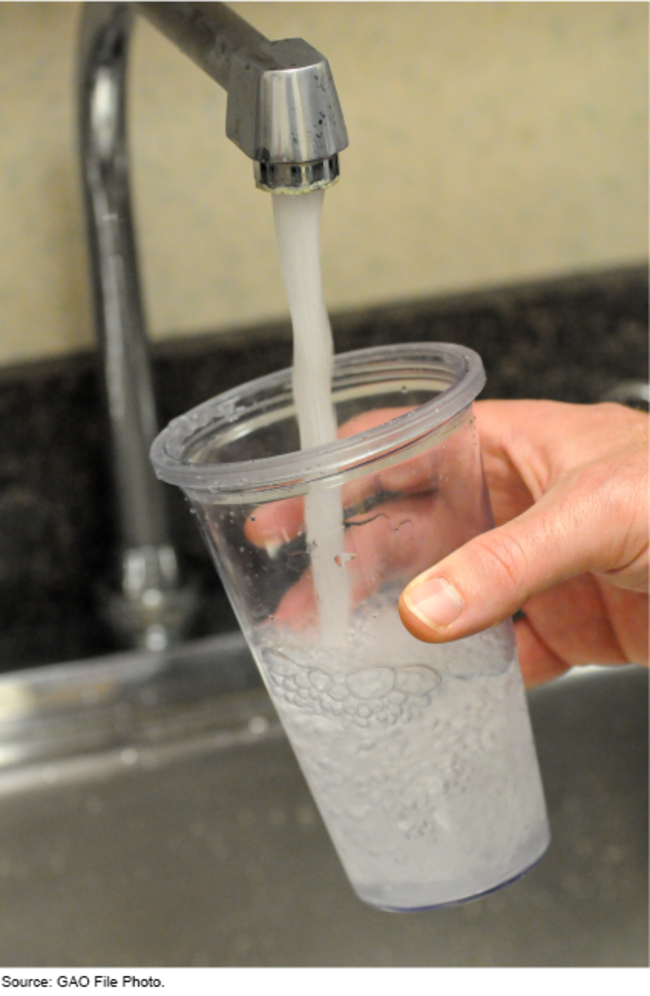 The Department of Health and Human Services' (HHS) Office of Child Care (OCC) provides states with resources and technical assistance to help determine if drinking water in child care facilities is safe from lead. However, the office does not require that drinking water be tested because there is no requirement to do so under the OCC-administered Child Care and Development Block Grant, a key federal funding source for states to subsidize child care. Nonetheless, some states require child care providers to test their drinking water for lead.

HHS's Office of Head Start (OHS) has performance standards that require grantees to provide safe drinking water to children, but OHS does not ensure grantees comply with them. For example, OHS does not require grantees to test their water or document that it is safe from lead, nor does OHS check grantees' compliance with this standard during monitoring reviews. According to an OHS official, the office limits the number of standards it monitors to more efficiently use its limited resources. However, without documentation, OHS does not have reasonable assurance that Head Start grantees provide safe drinking water. In fact, an estimated 43 percent of Head Start centers had not tested their drinking water for lead in late 2018 or 2019, and 31 percent did not know whether they had tested, according to GAO's nationwide survey. (See figure.)

The Environmental Protection Agency (EPA) has awarded grants to help child care facilities test for lead in drinking water, but has not taken sufficient action to ensure its 2019 Memorandum of Understanding (MOU) with OCC and OHS, which encourages lead testing, is being executed. EPA officials said they plan to meet semi-annually, in part to track progress toward achieving the MOU's outcomes. However, EPA has not yet reached agreement with its MOU partners regarding their roles and responsibilities, nor determined how it will routinely update and monitor the MOU. Without these actions, EPA, OCC, and OHS efforts are lacking practices identified as critical to effective interagency collaboration, according to GAO's prior work.

Children who are exposed to lead can experience serious developmental delays. Many young children spend significant amounts of time in child care settings. GAO was asked to review efforts to address lead in drinking water at child care facilities.

This report discusses (1) how OCC oversees and supports states' use of Child Care and Development Fund funding to determine that drinking water in child care facilities is safe from lead, (2) how OHS ensures Head Start grantees provide drinking water that is safe from lead, and (3) the extent to which EPA collaborates with OCC and OHS to support lead testing in child care facilities. GAO reviewed relevant laws, regulations and documents, and conducted a generalizable survey of 762 Head Start centers. To obtain information on lead testing and remediation, GAO also visited or interviewed 11 child care providers and Head Start grantees in four states that were selected for geographic variation and the presence of state laws for lead in drinking water.