Federal programs in education, health care, and other areas are often implemented through a complex partnership between federal, state, and local governments. An Executive Order on federalism requires federal agencies to consult with state and local officials when formulating policy that affects them.

State and local associations said that coordinating with agencies could be challenging—e.g., intergovernmental affairs contacts were hard to find.

Guidance from the Office of Management and Budget calls for agencies to designate a federalism official, but the OMB didn't ensure this happened. We recommended ensuring compliance with OMB guidance. 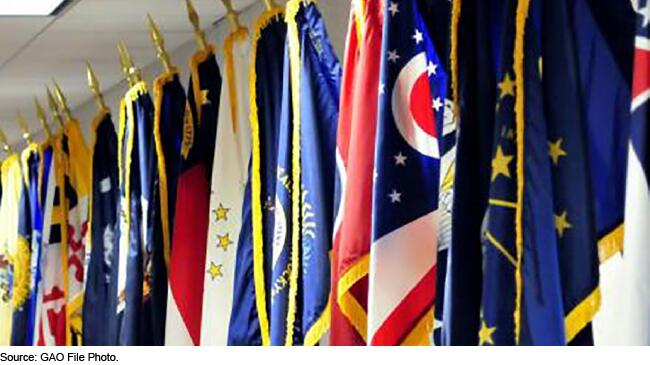 Most agencies also reported that intergovernmental affairs activities and responsibilities were dispersed across their agencies. Regional and program offices perform intergovernmental affairs functions at some agencies, while others have an agency-wide office for them. Responsibilities for consulting with state and local governments under Executive Order (E.O.) 13132 also varied. The order requires that each federal agency designate an official to implement the order. Fourteen agencies reported having such an official; 10 did not report having one.

Federal programs fulfilling national goals in education, health care, transportation infrastructure, and homeland security, among other issues, are implemented through a complex partnership between federal, state, and local governments. E.O. 13132, Federalism, outlines principles and criteria to guide the formulation and implementation of policies and the appropriate division of responsibilities between levels of government.

GAO is recommending that OMB ensure that federal agencies implement its guidance on agency adherence to E.O. 13132 requirements, particularly related to designating a federalism official. OMB neither agreed nor disagreed with the recommendation.