Agencies may reassign career, federal employees in the Senior Executive Service (SES). But reassignments must meet certain requirements to protect these executives from arbitrary decisions.

Protections include two 120-day periods when agencies can't reassign SES members who don't choose to be moved. The moratoriums begin when a new agency head or a new, non-career supervisor (political appointee) is appointed.

We recommend that the Office of Personnel Management better oversee SES reassignments. 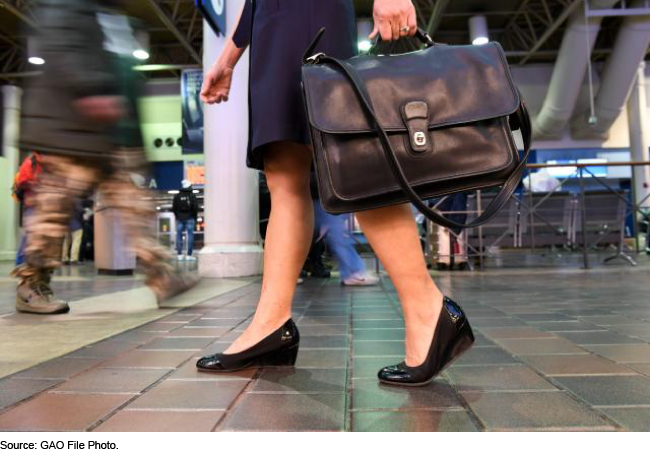 Selected agencies GAO reviewed—the Departments of Commerce (Commerce), Energy, Housing and Urban Development (HUD), and Interior (Interior)—varied in the extent to which they reassigned career SES members during moratoriums. Agencies most often initiated these reassignments to address agency-specific priorities, including filling senior-level vacancies and succession planning.

Reassignments Made within 120-Day Moratoriums at Selected Agencies, Fiscal Years 2017 through 2019

aIncludes reassignments from October 30, 2017, through September 30, 2019, to avoid duplicating work previously performed by the department's Office of Inspector General.

Selected agencies could not always demonstrate that they met requirements for career SES reassignments, especially for reassignments during the new, noncareer supervisor moratorium. Specifically:

Commerce did not maintain required documentation,

HUD did not seek written waivers from the career SES member, and

Interior's process did not address how to make reassignments during the moratorium.

As a result, they could not always show that career SES member reassignments during moratorium periods were voluntary. Each agency made or was making improvements to their career SES reassignment process, but in some cases need to make further process changes to fully address reassignment requirements.

The Office of Personnel Management (OPM) is responsible for the governmentwide management of the SES. While OPM has oversight authority, it has not monitored career SES reassignments, or required agencies to take corrective actions. As a result, OPM is likely missing opportunities to correct career SES reassignments that were contrary to requirements.