Federal agencies must transition their telecommunications services to new contracts before their current contracts expire in May 2023.

However, we testified that most agencies we looked at did not meet key dates for completing contract transition activities (such as soliciting vendor proposals or issuing work orders to selected vendors).

These agencies also do not plan to complete the transition by the September 2022 deadline set by the General Services Administration. Delays in transitioning will cause agencies to miss out on cost savings and may cause disruptions in service.

This image was updated to clarify the topic. 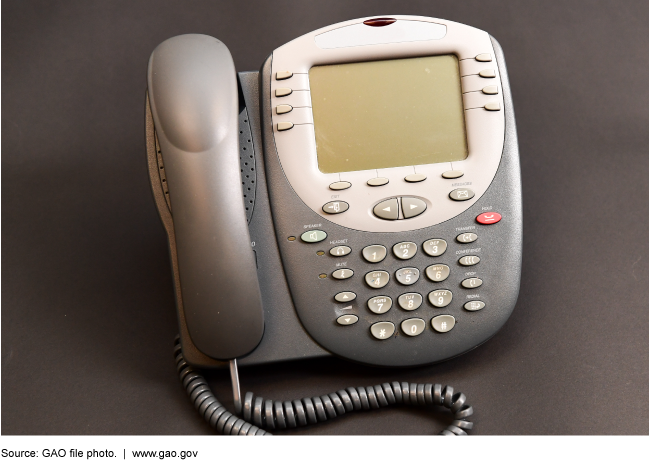 GAO's preliminary results show that, as of October 2019, the 19 selected agencies reviewed were in different stages of transitioning from their soon-to-be-expiring telecommunications contracts to the new Enterprise Infrastructure Solutions (EIS) program, which has generally lower rates for services. All of these agencies reported that they plan to fully transition to EIS program contracts before the current contracts expire in May 2023. However, 11 agencies did not plan to fully transition by the General Services Administration's (GSA) September 30, 2022, milestone. The majority of the selected agencies also did not meet GSA's milestones for completing critical contracting actions in 2019 (see table). While transitioning to EIS is a complex undertaking, delays in making this transition will cause agencies to miss out on potential cost savings that would result from the generally lower rates for services on the EIS program contracts.

aA solicitation is a request to submit offers or quotations to the government. Fair opportunity is a process in which each of the awardees under a multiple-award task order or delivery order (i.e., order for services or supplies, respectively) contract must be provided with a fair opportunity to be considered for each order exceeding $3,500 issued under the contract, unless exceptions apply.

bA task order is an order for services placed against an established task order contract.

GSA is responsible for contracts that provide telecommunications services for federal agencies. In preparation for the expiration of current telecommunications programs, GSA has developed a successor program, called EIS. GSA and agencies now must carry out the task of successfully transitioning to EIS. Previous contract transitions experienced significant delays. Those delays during the last transition resulted in hundreds of millions of dollars in missed savings.

GAO was asked to summarize its draft report currently out for comment at selected agencies. The draft discusses (1) selected agencies' plans for, and status in, transitioning to EIS; and (2) the extent to which selected agencies were implementing established transition planning practices. In preparing the report on which this testimony is based, GAO administered a survey to 19 selected agencies that spent at least $10 million on telecommunications in fiscal year 2018 regarding their plans for and status in transitioning to EIS. GAO also selected five of these agencies for further review based on, among other things, agency size and structure. For these agencies, GAO evaluated documentation to determine the extent to which they had implemented five planning practices identified in a previous GAO report.