An internet protocol or “IP” address allows devices to send each other information over the internet. DOD began planning for its transition to the next version of IP in 2017, following at least 2 prior attempts to do so since 2003.

But, DOD has yet to clearly define the magnitude of work involved, the level of resources required, and the extent or nature of cybersecurity risks if vulnerabilities aren’t proactively managed. 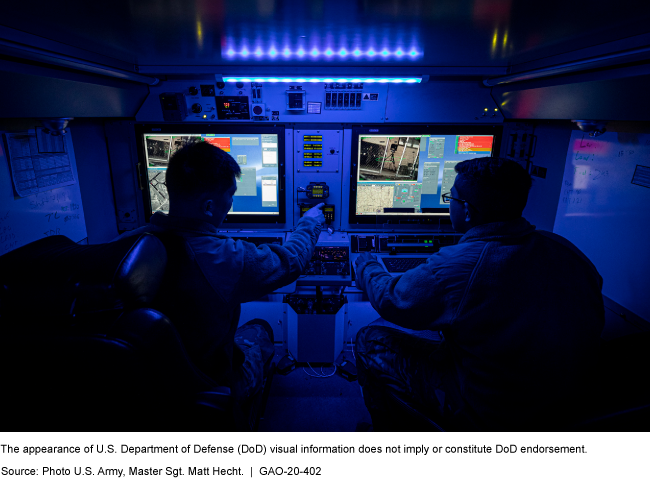 The Department of Defense's (DOD) current initiative to transition to Internet Protocol version 6 (IPv6), which began in April 2017, follows at least two prior attempts to implement IPv6 that were halted by DOD. In one effort that began in approximately 2003, DOD initially did make progress implementing IPv6 on its systems, but then the department ended the effort due to security risks and a lack of personnel trained in IPv6. DOD initiated another attempt in response to 2010 OMB guidance. However, this initiative was terminated shortly thereafter, again due to security concerns.

For its current initiative, DOD has not completed three of four longstanding OMB requirements (see table). Without an inventory, a cost estimate, or a risk analysis, DOD's plans have a high degree of uncertainty about the magnitude of work involved, the level of resources required, and the extent and nature of threats, including cybersecurity risks.

In February 2019, DOD released its own IPv6 planning and implementation guidance that listed 35 required transition activities, 18 of which were due to be completed before March 2020. DOD completed six of the 18 activities as of March 2020. DOD officials acknowledged that the department's transition time frames were optimistic; they added that they had thought that the activities' deadlines were reasonable until they started performing the work. Without an inventory, a cost estimate, or a risk analysis, DOD significantly reduced the probability that it could have developed a realistic transition schedule. Addressing these basic planning requirements would supply DOD with needed information that would enable the department to develop realistic, detailed, and informed transition plans and time frames.

An internet protocol provides the addressing mechanism that defines how and where information moves across interconnected networks. Increased use of the internet has exhausted available IPv4 address space, spurring the adoption of its successor protocol, IPv6. OMB has required that agencies plan for transitioning from IPv4 to IPv6.