The F-35 program produced more aircraft and negotiated lower prices in 2019. However, the program is not meeting standards aimed at ensuring consistent, high-quality products, and fielded aircraft do not meet reliability goals.

Also, the cost to modernize aircraft systems went up about $1.5 billion (14%) since the program’s May 2019 annual report to Congress. Due to development delays, this reporting requirement will expire before the effort is complete. We suggest Congress consider extending it.

We made 5 recommendations, including some to help the Defense Department make its modernization cost estimate more comprehensive and credible.

The F-35 program is at risk of missing its test schedule and not meeting manufacturing leading practices. In 2019, the F-35 program conducted much of its planned operational testing but extended the schedule by 9 months, which delays the program's full-rate production decision to between September 2020 and March 2021. Over that time, the program will continue to deliver aircraft.

In addition, while the F-35 program has increased the production rate and negotiated lower aircraft prices, it is not meeting manufacturing leading practices identified by GAO. Specifically, only about 3,000 of the over 10,000 airframe contractor's manufacturing key processes meet predefined design standards for ensuring product quality. Also, the fielded aircraft, over 500 so far, do not meet the program's reliability and maintainability goals. Although the contractor is changing manufacturing processes to address problems and improve efficiency, more remains to be done. Unless the program office evaluates the risks of not meeting these leading practices, the military services and international partners are at risk of not receiving the quality aircraft they purchased.

An F-35 in Flight over Edwards Air Force Base 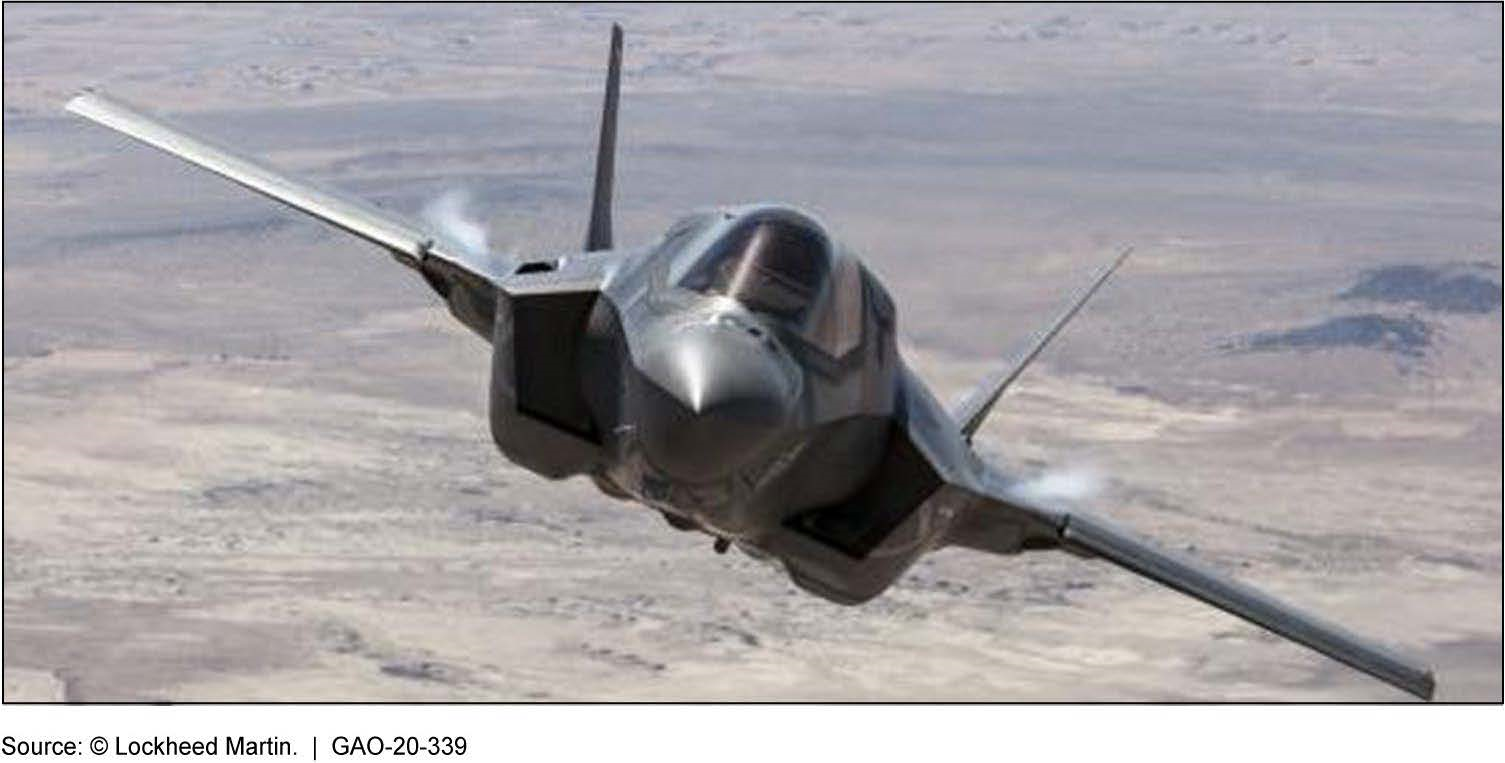 In addition, the July 2019 suspension of Turkey from the F-35 program—due to security concerns after its acquisition of Russian defense equipment—is likely to compound production risks. The program has identified new sources for 1,005 parts produced by Turkish suppliers, but the program is assessing the effect of 15 key parts not currently being produced at the needed production rate.

In 2019, estimated development costs to modernize the F-35's hardware and software systems—known as Block 4—increased by over $1.5 billion. The cost increase puts estimated Block 4 development costs at $12.1 billion. However, the cost estimate did not fully adhere to leading practices, such as including all life cycle costs. In addition, while development will continue through 2026, reports on Block 4 that the program submits to Congress are slated to end in 2023. Without continued Block 4 reporting through the development phase, Congress will lack important oversight information.

The acquisition cost for the F-35 program increased substantially in 2019, partially due to the program's addition of estimated costs for modernization of hardware and software systems, referred to as its Block 4 efforts.

This is the fifth report under the provision that Congress included in statute for GAO to review the F-35 program annually until the program reaches full-rate production. This is also the first report under another provision in statute to review the program's production and Block 4 progress annually through 2024. Among other objectives, this report assesses (1) the program's production performance and (2) the program's modernization cost estimate and development progress. GAO reviewed Department of Defense (DOD) and contractor documentation and interviewed DOD officials and contractor representatives.