Airport public areas, like ticket counters and baggage claims, are vulnerable to attack because people can enter them without screening. For example, in 2013, a TSA officer was killed at a security checkpoint in Los Angeles. In 2017, 5 people were killed at a Florida baggage claim. These attacks prompted new laws and security improvements.

One such improvement was establishing a TSA working group on best security practices that includes airport operators and industry associations. But, TSA has not developed a plan for how this group will operate—i.e., how often it will meet, member responsibilities, etc.

We recommended TSA develop such a plan. 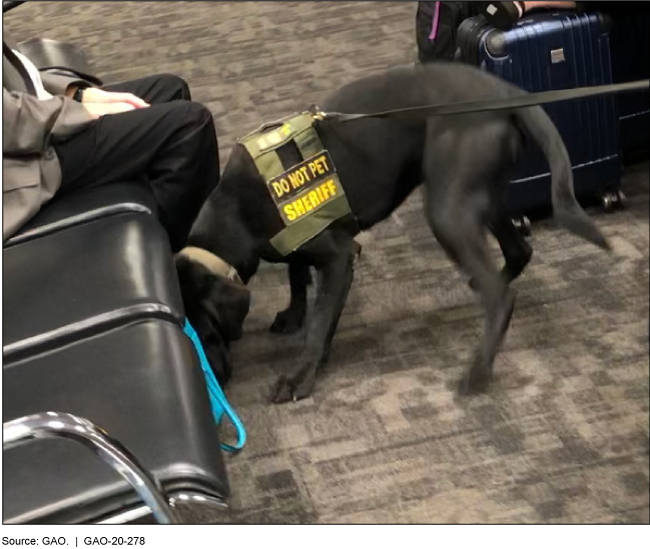 A police dog sniffing a bag under chairs at an airport

In response to subsequent airport public area security incidents, such as those in Fort Lauderdale in 2017 and Brussels and Istanbul in 2016, TSA has taken additional actions. Specifically, TSA issued the Public Area Security National Framework in 2017, in coordination with various aviation security stakeholders. The framework categorized 11 best practices and non-binding recommendations for improving security of public areas, including sharing information and preventing attacks. Aviation security stakeholders have also implemented various actions consistent with these best practices, including establishing airport operations centers and deploying enhanced law enforcement teams to serve as a visible deterrent in airport public areas (see figure). In response to the TSA Modernization Act, TSA established a public area security working group in March 2019 to engage with stakeholders such as airport operators and industry associations and update and validate the best practices cited in the 2017 framework. This group met twice in 2019, but TSA has not outlined specific plans for engaging this group in the future. Developing a plan outlining the roles and responsibilities of the working group members, the mechanisms through which the working group will collaborate, and the frequency of when the working group will meet, would better position TSA to ensure the best practices cited by stakeholders remain relevant and emerging threats are proactively identified. 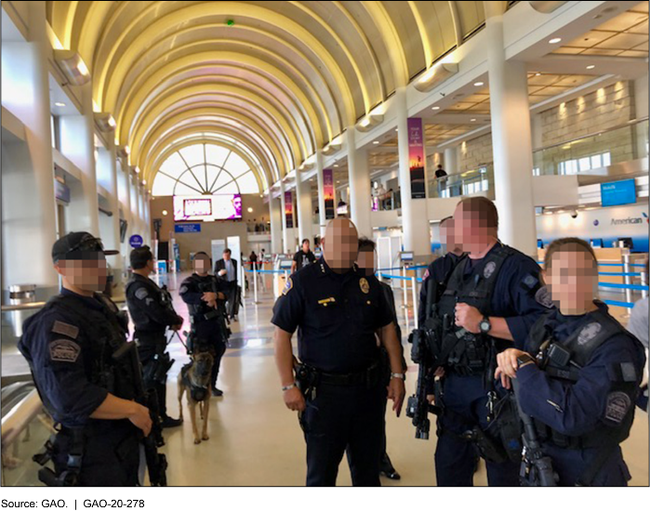 Threats to public areas of airports have increased in recent years. TSA is responsible for civil aviation security, which includes ensuring the security and safety of aircraft and the traveling public. In November 2013, an armed individual entered the Los Angeles International Airport (LAX) and killed a Transportation Security Officer. Subsequent domestic and international attacks in airport public areas further emphasized the need to better secure these areas. In response, Congress has taken action—including passage of the 2015 Gerardo Hernandez Act and the 2018 TSA Modernization Act—to address incident planning and response at airports and the security of public areas of transportation facilities, including airports.

GAO reviewed TSA reports issued after airport attacks; the Gerardo Hernandez Act and TSA Modernization Act; and other TSA documents related to securing public areas. GAO also conducted interviews with and obtained information from TSA and officials from a nongeneralizable sample of 6 TSA-regulated airports, selected based on factors such as size and location.

GAO recommends that TSA develop a plan for future stakeholder engagement on the security of airport public areas. DHS concurred with the recommendation.