The Federal Communications Commission seeks to ensure that people in rural and other hard-to-serve areas can access modern communications. To that end, it reimburses small telecommunications companies for eligible expenses to deploy services in these areas.

In the past, FCC has reimbursed companies for ineligible expenses, such as personal vehicles or travel, that were not necessary for maintaining and extending telecommunications services.

FCC has improved the way it reimburses companies to prevent similar cases and reduce fraud risks, but it could better target its efforts. We made 5 recommendations to help FCC do this. 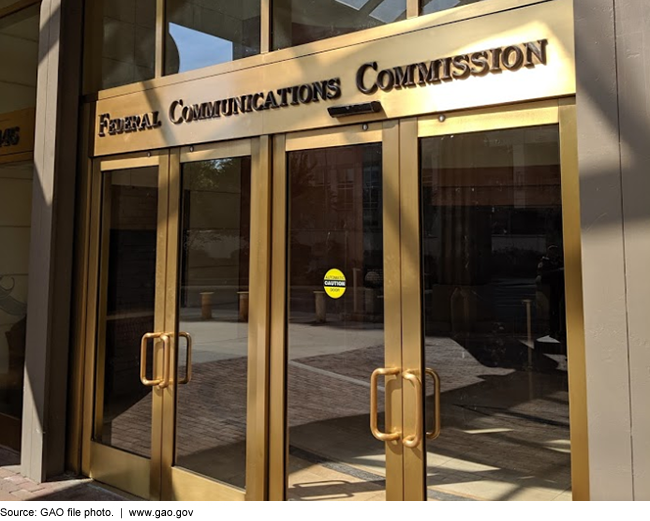 The Federal Communications Commission (FCC) has implemented several funding reforms for small, rural telecommunications carriers—referred to as “rate-of-return carriers”—receiving high-cost program support. These reforms are aimed at controlling the program's expenditures and incentivizing efficient broadband deployment. According to FCC's strategic plan, FCC must ensure the high-cost program is well managed, efficient, and fiscally responsible. One of the reforms that GAO reviewed established a funding mechanism for the carriers whereby FCC determines the level of financial support to provide the carriers based on cost and revenue estimates produced by a model. Stakeholders told GAO that this model-based funding mechanism is less prone to fraud risks than the traditional cost-accounting funding mechanism, which reimburses carriers for their reported costs. However, FCC did not make use of this reform mandatory and a substantial number of rate-of-return carriers continue to receive support from the traditional funding mechanism. FCC officials said they developed the model-based funding mechanism in consultation with industry stakeholders. However, FCC officials said they did not have plans to assess the accuracy of cost estimates from the model, which has been in use for several years, or require carriers to receive model-based support as a way to reduce fraud risks. By assessing the model, FCC would have greater assurance that it is producing reliable cost estimates and be better positioned to determine whether to make its use mandatory.

FCC has some policies and processes in place to manage fraud risks for the high-cost program. For example, the Universal Service Administrative Company (USAC)—the not-for-profit corporation that administers the program—reviews and audits rate-of-return support payments and forwards potential fraud cases to FCC's Office of Inspector General and Enforcement Bureau for further investigation. FCC is also developing a data-analytics tool to help detect fraud, and in August 2019 launched a new Fraud Division to focus on investigating fraud in the Universal Service Fund's programs. However, FCC's efforts do not fully align with some elements of GAO's fraud risk framework, including:

planning regular fraud-risk assessments tailored to the high-cost program, and

designing and implementing an antifraud strategy for the program.

Without regular fraud-risk assessments of the high-cost program, FCC has no assurance that it has fully considered important fraud risks, determined its tolerance for risks that could be lower priorities, or made sound decisions on how to allocate resources to respond to fraud risks. Not doing so could result in FCC compensating carriers for improper, ineligible, or inflated costs. Furthermore, in the absence of an antifraud strategy, FCC has little assurance that it can prevent or detect the types of documented rate-of-return carrier misconduct that have previously occurred. Designing and implementing an antifraud strategy that conforms to leading practices would help FCC effectively manage and respond to the fraud risks identified during the fraud-risk assessments.

The Universal Service Fund's high-cost program provides financial support to telecommunications carriers in areas where the cost to provide broadband is high. Through this program, FCC provides about $2.5 billion in annual support payments to rate-of-return carriers. The manner in which FCC currently provides the support payments to some of these carriers is prone to fraud risks. A prior case involved a rate-of-return carrier that received at least $27 million in improper payments from the program.

GAO was asked to review funding reforms and fraud controls FCC has implemented for rate-of-return carriers. This report examines the extent to which FCC: (1) has implemented funding reforms specific to rate-of-return carriers, and (2) is managing fraud risks for the high-cost program in accordance with leading practices. GAO reviewed FCC's and USAC's procedures, relevant regulations, and guidance, and assessed these documents against applicable criteria, including federal internal-control standards, FCC's strategic plan, and GAO's fraud risk framework. GAO interviewed FCC and USAC officials, in addition to industry and other stakeholders representing a variety of non-generalizable viewpoints.

GAO is making five recommendations, including that FCC should assess the model-based support mechanism and consider making its use mandatory, and implement an antifraud strategy for the high-cost program. FCC stated it would take steps to implement these recommendations.