We reviewed, among other things, how VA works to help translate research findings into clinical practice to improve care. For example, VA researchers are studying the delivery of psychotherapy for PTSD via video to veterans in rural areas. VA is also studying the use of exoskeletons to help veterans with spinal cord injury. 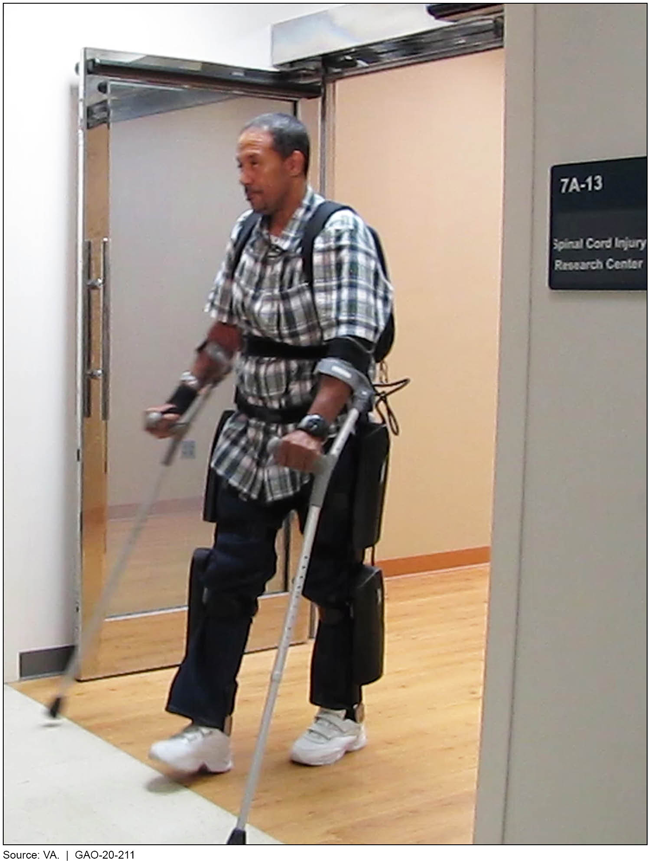 ORD's Quality Enhancement Research Initiative (QUERI) and other VA entities facilitate translating research findings into clinical practice to improve care for veterans. QUERI is VA's central point of focus for research translation and provides a link between ORD, VA program offices, and providers. For example, one QUERI program is studying delivery of an evidence-based treatment for PTSD using telemedicine, specifically, by providing psychotherapy via video to veterans in rural areas. Another program recently adopted a new research translation strategy by establishing a requirement that research proposals for large, multi-center clinical trials include an implementation plan. VA officials said the goal of the new requirement is to encourage researchers to think about research translation from the beginning of a study—and how their work might be translated into practice.

VA officials from both ORD and the national program offices GAO spoke with described a variety of efforts coordinating on research. Such coordination can help inform research priorities and help program offices incorporate evidence-based practices in developing and rolling out national policies. For example, ORD officials said that VA researchers were serving as subject matter experts to the national program office developing a protocol and clinical guidelines for a new treatment for certain veterans with depression that is resistant to existing treatments.

In addition to providing health care services, VA funds research on veterans' health conditions, including chronic conditions (such as diabetes) as well as illnesses and injuries resulting from military service (such as TBI). VA's ORD manages the agency's research program, including its intramural research. In fiscal year 2018, VA resources for its intramural research program included an appropriation of $722 million.

GAO was asked to review aspects of VA's research program. In this report, which focuses on VA's intramural research, GAO describes 1) how VA sets priorities for funding research, 2) VA efforts to facilitate translation of research into clinical practice, and 3) coordination between VA's research program and other VA entities.

VA provided technical comments on a draft of this report, which GAO incorporated as appropriate.