The Federal Aviation Administration requires aircraft be repaired and approved for flight only by mechanics who are “certificated” by the FAA. FAA oversees the certification process of these mechanics and of repairmen who fix aircraft parts. Some stakeholders are concerned that retirements and attrition could reduce the number of certificated workers needed to meet the growing demand for air travel.

One of FAA’s goals is to promote the development of a robust and diverse workforce, but it doesn’t collect or analyze data to measure progress toward its goal.

We recommend that FAA make better use of existing data to measure this progress. 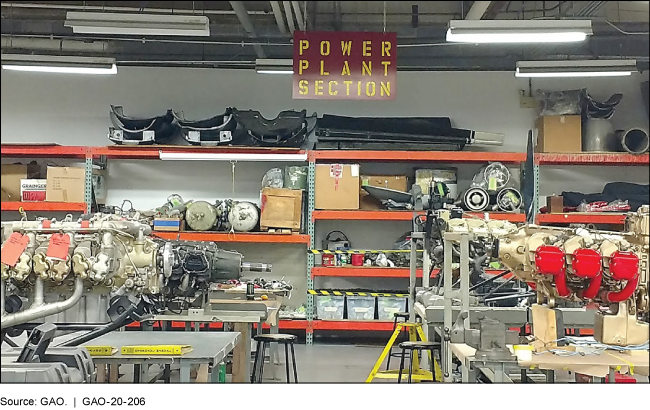 Federal data provide an incomplete picture of the Federal Aviation Administration (FAA)-certificated aviation maintenance workforce. A sufficient supply of certificated workers is critical for safety and to meet the growing demand for air travel. However, supply and demand data for certificated workers are limited. FAA maintains data on the number of individuals newly certificated each year (see figure), but less is known about how many certificated individuals exit the aviation industry each year and the extent of growing demand. Bureau of Labor Statistics (BLS) data provide some information on pay and demand for aviation maintenance workers more broadly, but do not differentiate between FAA-certificated and non-certificated workers due to data collection challenges. Demographic data may also be useful for workforce analysis and planning. FAA data provide some demographic information on certificated mechanics and repairmen, such as age and sex, but the agency lacks data on race and ethnicity. According to GAO analysis of FAA data, over half of the roughly 330,000 mechanics and repairmen FAA had certificated as of December 2018 were between 50 and 70 years old and 97 percent were men.

Number of Mechanics and Repairmen Newly Certificated by FAA Each Year, 2014-2018

Government agencies, educational institutions, and businesses coordinate to some extent in support of this workforce, but FAA lacks certain information—including information maintained by other agencies that administer related programs—that could advance its workforce development efforts. One of FAA's strategic objectives includes promoting the development of a robust, skilled aviation workforce, and the agency established a committee, in part, to explore ways to diversify this workforce; however, FAA is not currently positioned to understand whether its efforts are optimally targeted or effective. Without routinely analyzing its own data or leveraging others' data, FAA may not have certain information it needs to track or ensure progress toward its workforce development goals.

FAA has acknowledged that curriculum requirements for Aviation Maintenance Technician (AMT) Schools and mechanic testing standards are outdated. Efforts to revise the curriculum requirements for AMT Schools are ongoing and FAA officials told GAO that a final rule will be published some time toward the end of 2020. FAA officials indicated that the revised mechanic testing standards would likely be finalized after.

FAA requires that only mechanics who are “certificated” by the FAA approve aircraft for return to service. The required training to become a certificated mechanic can take between 1 and 3 years. FAA also oversees the certification of repairmen who work on aircraft parts. Some stakeholders have expressed concern that retirements and attrition could adversely affect the capacity of this workforce to meet the growing demand for air travel, and that mechanic curriculum is outdated.

The FAA Reauthorization Act of 2018 included provisions for GAO to examine the aviation workforce. This report examines (1) what available federal data reveal about the FAA-certificated aviation maintenance workforce; (2) how selected government agencies, educational institutions, and businesses provide support and coordinate to develop the aviation maintenance workforce; and (3) the progress FAA has made in updating its curriculum and testing standards for mechanics. GAO analyzed FAA data on certificate holders as of December 2018; reviewed BLS employment data for 2013 through 2018; reviewed relevant federal laws and regulations; and interviewed selected federal agency, industry, and AMT School officials.

GAO recommends that FAA use its existing data and coordinate with other federal agencies to identify and gather information to measure progress and target resources toward its goal of promoting a robust, qualified, and diverse aviation maintenance workforce. FAA agreed with the recommendation.