TSA’s Policy, Plans, and Engagement office runs the training program, but other offices contribute—e.g., the Intelligence & Analysis office briefs trainees during exercises. But TSA may be missing out on valuable input because its guidance doesn’t say how or when the office will coordinate with other offices. We recommended clarifying the guidance. 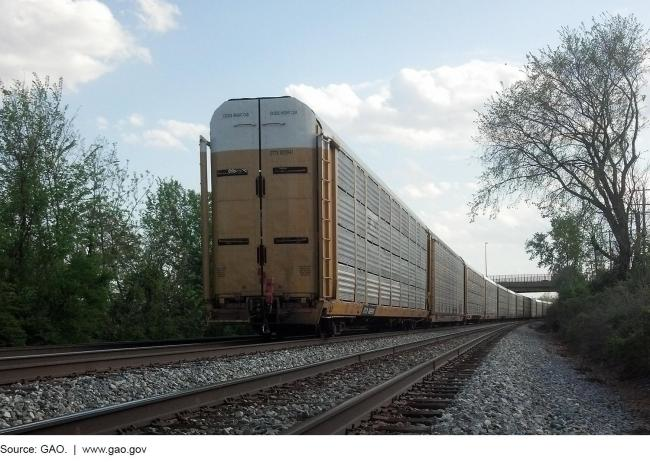 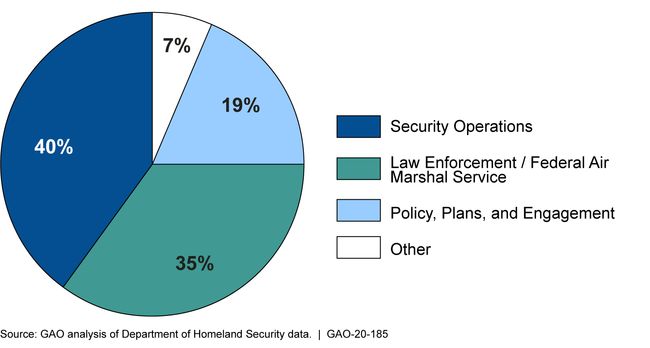 Note: Percentages may not sum to 100 percent due to rounding.

Security Operations is to conduct regulatory inspections for freight and passenger rail systems, non-regulatory security assessments, and voluntary training. Law Enforcement/Federal Air Marshal Service is to administer the Visible Intermodal Prevention and Response (VIPR) Program to augment the security of and promote confidence in surface transportation systems. Policy, Plans, and Engagement (PPE) is to develop and coordinate security policies, programs, directives, strategies, and initiatives, while overseeing industry engagement. In fiscal years 2017 through 2019, TSA reported using surface program resources for non-surface activities. For example, in fiscal year 2018, TSA reprogrammed $5 million from the Surface Programs account to the Mission Support account to address security requirements and increase hiring of transportation security officers. In that same year, about 39 percent of VIPR operations were conducted in aviation security.

TSA has not fully identified coordination roles and responsibilities for its training and exercise program for offices outside of PPE—the office with primary responsibility for the program. PPE coordinates with several other offices to accomplish the program's goals, including the Intelligence and Analysis (I&A) office that provides intelligence briefings that give background context during program exercises. I&A officials explained that while they have supported exercise planning, there is no formal role for the office in the procedure or expected time frames for providing information. As a result, I&A officials stated that they do not typically participate in the PPE planning meetings because they are not consistently invited to attend. In the absence of a policy that clearly defines all current offices that should coordinate and when, PPE may be missing consistent input and important information from relevant offices across TSA.

The global terrorist threat to surface transportation–freight and passenger rail, mass transit, highway, maritime and pipeline systems–has increased in recent years, as demonstrated by a 2016 thwarted attack on mass transit in New Jersey and the 2017 London vehicle attacks. TSA is the primary federal agency responsible for securing surface transportation in the United States.

The FAA Reauthorization Act of 2018 includes a provision that GAO review resources provided to TSA surface transportation programs and the coordination between relevant entities related to surface transportation security. This report addresses TSA's: (1) allocation of resources to surface transportation programs for fiscal years 2017 and 2018; and (2) coordination within TSA to implement the Intermodal Security Training and Exercise Program. GAO analyzed TSA data on surface program resources for fiscal years 2017 and 2018, reviewed TSA program guidance, and interviewed TSA officials responsible for implementing the Intermodal Security Training and Exercise Program. This program is intended to assist transportation operators and others in enhancing security through exercises and training.

GAO recommends that TSA clarify roles and responsibilities for all offices involved in the coordination of surface transportation exercises, including when these offices are to coordinate. DHS concurred with the recommendation.