The Office of Management and Budget's "Reduce the Footprint" policy promotes reducing federal office space and managing it more efficiently to help keep costs down.

OMB and the General Services Administration (the government's main landlord) try to measure the policy's effects by tracking changes in the average cost per square foot of federal space.

We found GSA and OMB didn't use readily available actual cost data to calculate the costs of certain spaces. As a result, their calculations excluded an average of $271 million a year in costs from fiscal years 2015-2018.

We recommended that GSA and OMB use actual cost data for this calculation. 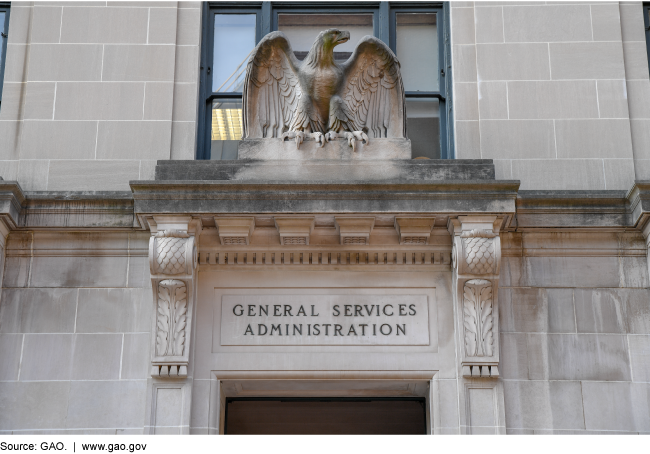 The front of the General Services Administration building

The Office of Management and Budget (OMB) issued the Reduce the Footprint (RTF) policy in 2015 to promote the more efficent use of federal space. The General Services Administration (GSA) and OMB track and report two RTF cost performance measures: estimated costs avoided and average cost per square foot. GAO found that the method for estimating costs avoided was reasonable. However, the average cost per square foot was not accurate for the federally-owned and leased office space GSA manages for agencies. Specifically, GAO found that from fiscal years 2015 through 2018 the actual average cost per square foot for this space was, on average, $1.31 per square foot higher than the costs GSA and OMB reported for the 23 civilian agencies subject to the Chief Financial Officers (CFO) Act. The actual cost per square foot was higher for 18 out of 23 of these agencies (see figure). Because GSA and OMB did not use readily available actual cost data, their method, which is based on 1 month's data, excluded an average of $271 million per year in costs over this period. Consequently, stakeholders and agencies do not have accurate information to assess agencies' performance or help manage their space decisions.

While selected agencies considered costs when making office space decisions, they balanced other factors as well. As the federal government's principal landlord, GSA obtains space for many agencies. In so doing, it emphasizes federal cost savings, which may not lead to agency savings. For example, GSA prioritized filling unoccupied federally-managed space even if it was more costly to an agency than another option. The selected agencies also reported that factors such as mission, workforce needs, and external factors are important to consider and balance as well. For example, a senior official from the Department of Education said that effects on employees' commutes are an important factor in its space decisions, and that it weighs the impact of potential office locations on the Department's workforce against the cost of the space.

The government's RTF policy has intensified federal efforts to reduce office space and save money since 2015. GSA and OMB report key cost performance measures but questions exist about how well these measures reflect agencies' efforts.

GAO was asked to review how federal real property costs have changed since 2015. This report examines (1) the extent to which performance measures reflect changes in civilian CFO Act agencies' office space costs and (2) how selected agencies considered cost in their office space decisions.

To conduct this work, GAO analyzed federal data on office space square footage and cost changes for the 23 civilian CFO Act agencies from fiscal years 2015 through 2018, and reviewed GSA's and OMB's calculations for cost performance measures. GAO selected five agencies and 13 of their office space projects as non-generalizable case studies based on several factors, including those with larger space and cost changes. GAO reviewed the selected agencies' policies and project documentation, and interviewed agency officials.

GAO recommends that GSA coordinate with OMB to use actual cost information to calculate the average cost per square foot performance measure for GSA-managed space. GSA agreed with the recommendation.