The Federal Air Marshal Service deploys air marshals to help ensure the security of, and to prevent threats to, civil aviation.

We assessed several air marshal workforce issues. Among other things, air marshals have expressed concerns about schedule unpredictability and sleep deprivation. The Service has guidelines for shift lengths and rest periods but doesn’t monitor if they are followed. Also, although the Service has adopted a plan to help prevent discrimination, it hasn’t fully implemented it.

We made 6 recommendations, including assessing workforce health and renewing focus on preventing discrimination. 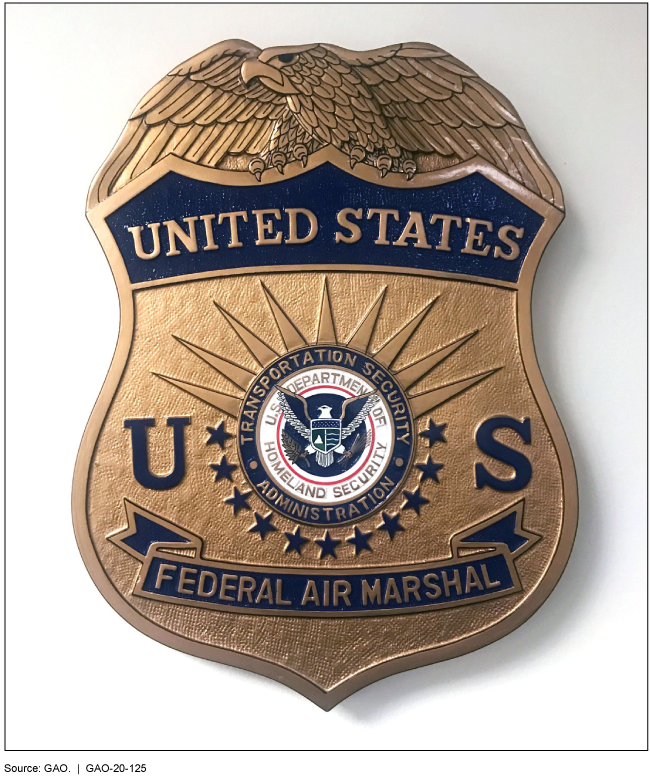 Air marshals continue to express concerns about their health, but the Federal Air Marshal Service (FAMS) has not comprehensively assessed the health of its workforce. Air marshals in all six field offices we visited noted health issues, such as sleep deprivation, as a key quality of life concern. FAMS has taken steps to assess air marshals' individual health, such as requiring medical exams, but has not comprehensively assessed the overall health of its workforce and has not developed a plan to do so. FAMS officials stated that it would be difficult to analyze air marshals' medical records because they are not stored electronically, though they are researching options to do so. FAMS could develop and implement a plan to analyze the employee health data it already collects to identify workforce trends, and use this information to better promote employee welfare consistent with Transportation Security Administration (TSA) leadership principles.

FAMS has taken some steps to address air marshals' concerns about their work schedules. In March 2018, FAMS revised its deployment strategy to expand coverage of certain high risk missions that it typically learns of 72 hours in advance. Following this, changes to air marshals' schedules to accommodate these missions more than doubled. In response, FAMS altered how it staffs these missions and reports that these modifications have reduced schedule changes. FAMS also maintains shift length and rest period guidelines intended to balance mission needs with air marshals' quality of life. However, FAMS does not monitor the extent to which air marshals' actual work hours are consistent with guidelines because it has not identified a need to do so. As a result, it cannot determine how frequently air marshals work beyond guidelines and is not well-positioned to manage risks associated with long work hours.

In the wake of 9/11, terrorists continue to target aircraft and airports, underscoring the ongoing threat to civil aviation and the need for effective security measures. FAMS deploys air marshals on selected flights to address such threats and is a key component of TSA's approach to aviation security. However, longstanding challenges faced by FAMS's workforce could impact its ability to carry out its mission.

GAO is making six recommendations to FAMS, including that it implement a plan to assess the health of the FAMS workforce, monitor the extent that air marshals' shifts are consistent with guidelines, and strengthen efforts to prevent discrimination. DHS concurred with all six recommendations.

From Hijacking to COVID-19: 60 Years of the Federal Air Marshal Service