This testimony focuses on VA’s difficulty recruiting and retaining its workforce, and recommendations we’ve made in this area, among other things. VA has lost a lot of human resources staff and faces large shortages of medical staff at its centers.

Twelve of our priority recommendations are aimed at addressing VA’s long-standing workforce problems, such as improving how it rates and awards employees and handles disciplinary actions. 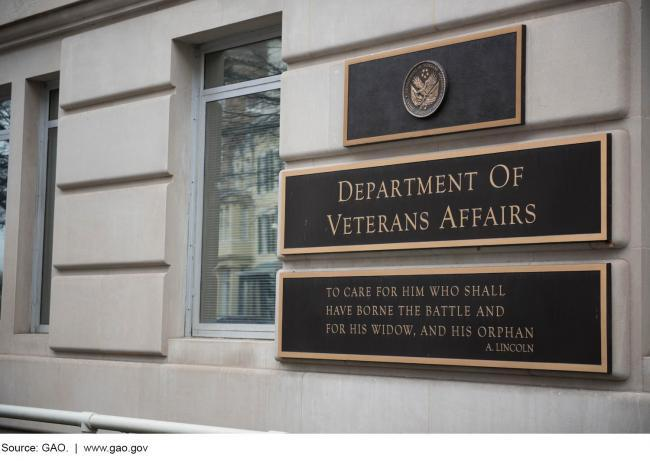 View of the Veterans Affairs building 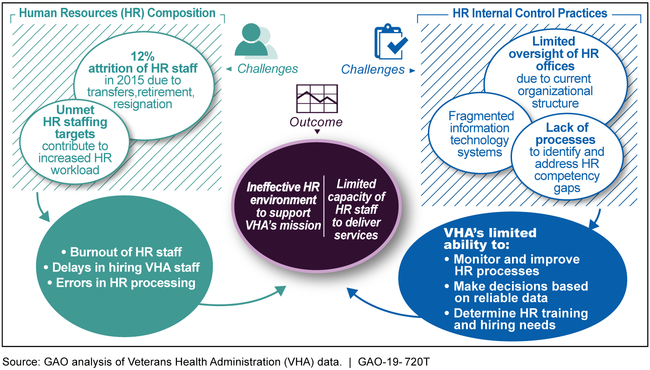 Continued leadership attention to addressing GAO's recommendations could help VA better execute its mission. GAO has made numerous recommendations to VA, 40 of which were designated as priorities because they could significantly improve VA's operations. Twelve of the 40 were aimed at strengthening VA's human capital management efforts. Of these, six have been addressed. However, VA still needs to take additional actions on the other six, such as developing a modern and effective performance management system. Beyond these priority recommendations, VA can use key talent management strategies that GAO has identified for acquiring, incentivizing, and engaging employees and thus be more competitive for a high-performing workforce in a tight labor market.

Some of the challenges facing VA are part of a larger set of human capital issues affecting government as a whole. Although Congress, the Office of Personnel Management, and individual agencies have made improvements in recent years, human capital management in general remains a high-risk area because of mission-critical skills gaps within the federal workforce. Structural issues impede the ability of agencies to recruit, retain, and develop workers, including outmoded position classification and pay systems, ineffective recruiting and hiring processes, and challenges in dealing with poor performers.

VA operates one of the largest health care delivery systems in the nation and provides billions of dollars in benefits and services to veterans and their families. However, VA faces serious and long-standing problems with management challenges and veterans' access to health care and disability benefits. These issues contributed to GAO's decision to list several areas involving VA on GAO's High-Risk List, including managing acquisitions, managing risk and improving veterans' health care, and improving and modernizing VA's disability programs.