The Veterans Benefits Administration frequently uses contractors to conduct medical exams that veterans need for disability claims. According to VBA, contractors help it avoid delays in the claims process. VBA awarded exam contracts in 2018 that are worth up to $6.8 billion over 10 years.

In October 2018, we recommended that VBA improve its oversight of contracted examiners to ensure they offer high-quality, timely exams to veterans. Other recommendations included ensuring that examiner training is completed and effective.

This testimony addresses how VBA has initiated action on those recommendations but has yet to fully implement them. 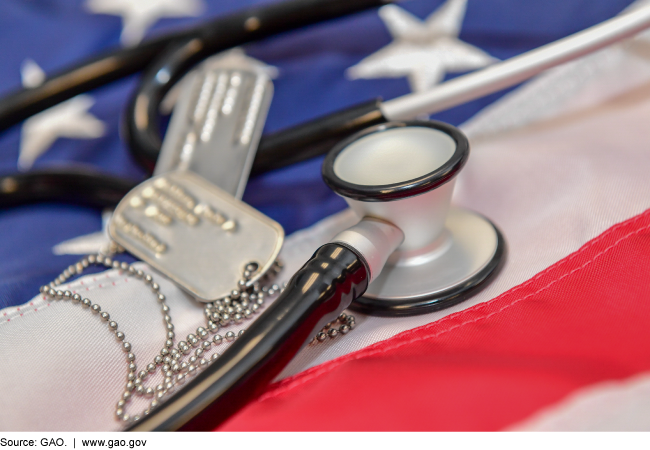 The Veterans Benefits Administration (VBA) has not fully resolved issues regarding how it oversees the quality and timeliness of and invoicing for disability compensation medical exams that are completed by contracted examiners. VBA uses medical exam reports from both VHA and contract examiners to help determine if a veteran should receive disability benefits. GAO reported in October 2018 that VBA was behind in completing quality reviews of contracted exams and did not have accurate information on contractor timeliness. VBA's lack of quality and timeliness data hindered its oversight of contractors' performance. In 2018, GAO made recommendations for VBA to address these issues. VBA has begun to implement GAO's recommendations, but continued action is needed to:

Develop and implement a plan for using data from its new medical exam management system to (1) assess contractor timeliness, (2) monitor time spent correcting exams, and (3) verify proper exam invoicing. According to VBA, the agency has not fully implemented its plan for using this new system to resolve challenges with oversight of contractors' performance. For example, due to system issues, VBA has not been able to implement an automated invoicing system it planned to use to validate the accuracy of contractors' invoices. Further, VBA has not yet completed quarterly performance reviews of contracted exams under its new contracts, including any reports for fiscal year 2019. As a result, VBA still is unable to ensure that it is paying contractors the correct amounts based on its contract terms.

Monitor and assess aggregate performance data and trends over time to identify higher-level trends and program-wide challenges. VBA officials stated that as the agency makes improvements to the exam management system data it will be able to implement this recommendation, but officials could not provide a target completion date.

VBA has taken steps to address issues GAO identified with its oversight of contracted examiner training requirements but has not yet fully addressed them. Having properly trained examiners who can provide high quality exam reports is critical to ensuring that claims processors can make timely and accurate disability determinations for veterans. In 2018, GAO recommended that VBA improve its training oversight by:

GAO made four recommendations in 2018, including that VBA (1) develop a plan for using its new data system to monitor contractors' quality and timeliness performance, (2) analyze overall program performance, (3) verify that contracted examiners complete required training, and (4) collect information to assess the effectiveness of that training. VA agreed with and initiated actions on all of these recommendations but has not yet fully implemented them.