In particular, TSA tests the effectiveness of commercially available technologies that could help secure mass transit systems, and produces written assessments of these products. However, TSA does not routinely or comprehensively share its assessments with the mass transit operators.

We recommended that it do so to better inform these operators about the capabilities of technology they may buy to secure their systems. 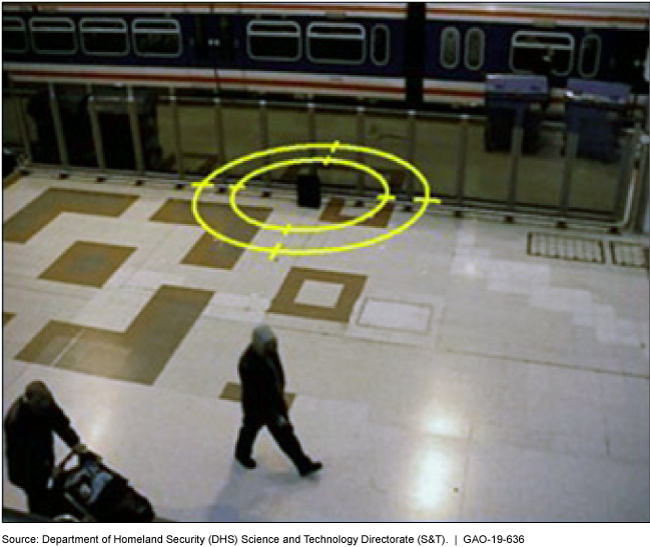 The Department of Homeland Security's (DHS) Science and Technology Directorate (S&T) has one research and development (R&D) effort focused on surface transportation, the Surface Transportation Explosive Threat Detection (STETD) program, which is developing technologies to secure mass transit systems (see figure). DHS guidance requires S&T to develop results-oriented milestones to track progress. GAO found, however, that S&T has not used milestones that fully adhered to DHS guidance. For example, most STETD program milestones did not clearly link to key activities described in program plans. As a result, DHS may not have the information needed to determine whether the STETD program is meeting its goals.

Since 2016, bombings of subways and bus systems in foreign cities and attempted attacks in U.S. cities demonstrate continued security threats to mass transit and other surface transportation systems. S&T and TSA are the primary federal entities responsible for researching, developing, and testing technologies designed to address threats to these systems. GAO has previously identified challenges with S&T's oversight of R&D projects.

GAO was asked to review S&T and TSA's roles in developing and testing surface transportation security technologies. This report, among other objectives, (1) assesses the extent to which S&T is developing technologies to secure surface transportation systems and progress made, and (2) identifies the key mechanisms that S&T, TSA, and stakeholders use to collaborate and share information on identifying capability gaps and security technologies, and analyzes the extent to which they are effective.

GAO is making two recommendations: that S&T incorporate DHS milestone guidance for its STETD program, and that TSA develop a mechanism to routinely and comprehensively share security technology information with mass transit operators. DHS concurred with both recommendations.