Congressional hearings in 2014 highlighted complaints that veterans were facing long wait times to get care at Veterans Affairs medical centers. One of VA’s responses was an initiative to provide same-day services.

We found VA launched this initiative without documenting its goals or objectives. We recommended that VA do so to better assess if veterans are getting timely care.

Also, VA officials at 6 centers told us they were providing same-day services. However, longstanding problems such as staff and space shortages made it hard to deliver the services according to policy and guidance.

VA health care has been on our High Risk List since 2015. 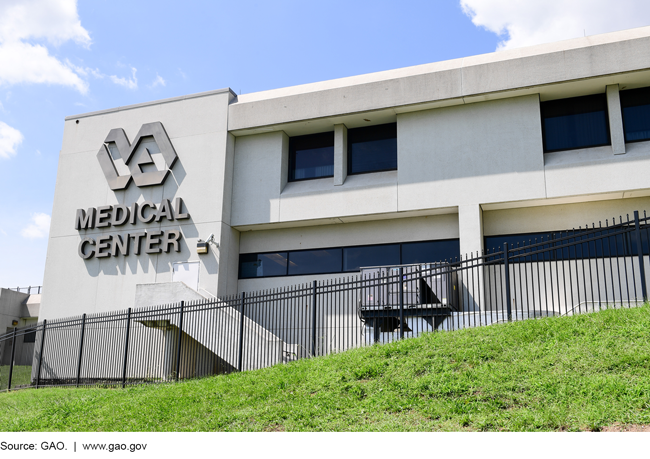 The Department of Veterans Affairs' (VA) Veterans Health Administration (VHA) introduced its same-day services initiative in primary and mental health care in April 2016, and used a five-pronged approach for its design: it defined same-day services, developed guidance, updated its mental health policies, offered training, and assessed VA medical center readiness to implement the initiative. Officials from all six VA medical centers GAO visited said they already were providing same-day services prior to the initiative and generally relied on previous approaches to implement VHA's same-day-services initiative. However, these officials told GAO that some of VHA's guidance and updated policies were difficult to implement due to long-standing challenges of staffing and space constraints, among others. For example, one medical center official stated that the medical center did not have the appropriate providers readily available to complete the initial mental health assessments of new patients in a timely manner—a new requirement under VHA's updated policies.

VHA officials stated that the objectives of the same-day services initiative are to improve veterans' access to care and customer service. However, VHA has not documented these objectives in a directive or developed and documented performance goals that, with associated performance measures, would monitor progress. Although VHA does monitor patient experience scores and the number of same-day appointments, these measures are not tied to specific performance goals. For example, VHA has not specified targets for the number of same-day appointments medical centers should provide. Furthermore, monitoring the number of same-day appointments does not capture all of the ways VA medical centers provide same-day services, such as renewing prescriptions. VHA officials acknowledged the intitiative was quickly developed in response to the 2014 access crisis, and developing new policies or processes, which could include documenting objectives and developing performance goals, was not the priority. Without performance goals and related measures, VHA will continue to be limited in its ability to determine, how, if at all, the same-day services initiative has improved veterans' access to care.

In 2014, a series of congressional testimonies highlighted problems with veterans' access to care after significant appointment wait times at VA medical centers reportedly resulted in harm to veterans. In response, VHA implemented several initiatives, including same-day services at its medical centers and outpatient clinics.

GAO recommends that VA document objectives and develop performance goals and related performance measures to facilitate the periodic assessment of the impact of same-day services on veterans' access to care. VA agreed with GAO's recommendation.