We looked at construction contract changes at two agencies with large construction budgets: the U.S. Army Corps of Engineers and the General Services Administration. We found neither agency regularly tracks how long it takes to process contract changes, which makes it more difficult for them to identify and respond to problems.

We recommended these agencies each develop a strategy to monitor how long construction contract changes take. 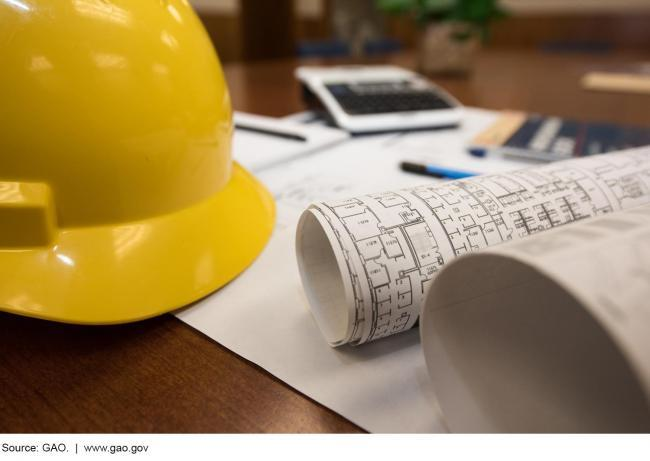 A hardhat, office blueprints, and assorted office supplies on a desk.

Multiple factors affect the time it takes to finalize a construction contract change. For example, preparing cost estimates can be time consuming, particularly for complex changes. Yet the time may be used to help ensure the government has adequate cost data to inform negotiations. In addition, according to agency officials, miscommunication during the contract change process—which can lead to problems such as unauthorized work undertaken by the contractor—can result in additional reviews and longer time frames. According to U.S. Army Corps of Engineers (USACE) data, most of its construction contract changes are finalized within 60 days. Some take much longer, however (see figure).

Time Frames for Finalizing Construction Contract Changes at the U.S. Army Corps of Engineers, 2013 through 2018

Agency officials and industry representatives agreed that perceptions differ about the length of the contract change process. For example, because a change can impact the contractor's cost and schedule immediately, the contractor typically perceives that the process starts earlier—and lasts longer—than the government does.

Neither GSA nor USACE regularly monitors how long it takes to finalize construction contract changes, limiting management's ability to identify and respond to problems. Internal controls require agencies to collect and use quality data for management purposes such as monitoring agency activities. GSA systems do not collect data that permit analysis of contract change timeframes at the headquarters level. USACE systems produce contract change data for its districts, but data consolidation and calculations must be done manually and are not done regularly. Neither agency has a strategy in place to address these issues. Without regular review of these timeframes, USACE and GSA contracting officials may be unaware of any existing or potential problems, such as long process times that may affect project schedules. In addition, these data system limitations are likely to create difficulties for agencies when providing the information required by new legislation.

GAO is making two recommendations: that GSA's Public Buildings Service and USACE each develop a strategy to routinely collect information on and monitor time frames for construction contract changes at the headquarters level. Both agencies concurred with our recommendation.