More than 80% of the land held in trust for Indian tribes and their members is used for farming, ranching, or other agricultural purposes.

But the extent to which Indian tribes and their members receive agricultural credit, such as loans to buy farm equipment, is unclear.

Poor or no credit histories 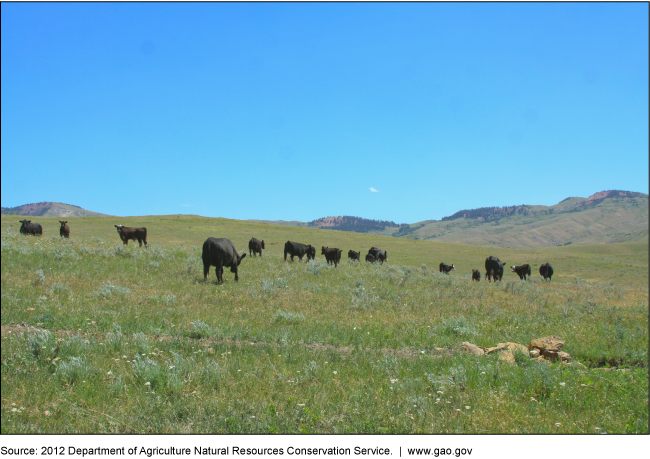 Photo of cattle grazing in a field

Tribal stakeholders and experts reported a general lack of commercial credit on tribal lands due to the following factors:

FCS is authorized to provide a range of credit services to eligible agricultural producers, which may include Indian tribes, tribal businesses, and tribal members. FCS associations must obtain land as collateral for long-term real estate loans, but are not required to do so for shorter-term loans, such as for operating costs or equipment purchases. Some FCS associations GAO contacted reported making loans to Indian tribes or their members. In a sample of 11 FCS associations with tribal lands in their territory, eight said they have loaned to tribes or their members in the past 2 years. GAO's review of these 11 associations' marketing plans and written responses to GAO follow-up questions found that seven noted outreach—such as support for agricultural education activities—targeted to tribes and their members. The other four reported broad and general outreach efforts that also included minority groups.

To improve access to agricultural credit on tribal lands, stakeholders discussed several options. For example, some stakeholders discussed the potential for partnerships between commercial or government lenders and tribal lenders (such as Native Community Development Financial Institutions) and increased use of loan guarantees. Some stakeholders also discussed actions tribes could take to ease barriers to lending, such as adopting their own leasing procedures to reduce administrative processing time with federal agencies for certain loans.

GAO explored potential data sources on Indians' agricultural credit needs, conducted a literature review, and reviewed statutes and regulations governing tribal lands and FCS. GAO also reviewed the marketing plans and written responses of a nongeneralizable sample of 11 FCS associations whose territories included tribal lands with high levels of agricultural activity. GAO interviewed stakeholders from a sample of seven tribes (generally selected based on tribal region and agricultural activity), experts in tribal agriculture and economic development (selected based on relevant publications, Congressional testimonies, and others' recommendations), and representatives from FCS and its regulator, the Farm Credit Administration, and other relevant government agencies.