While federal agencies that serve Indian tribes have made some progress on management issues, our 2019 High Risk List found that agencies like the Bureau of Indian Education (BIE) and the Indian Health Service (IHS) still face challenges.

For example, although BIE has conducted hiring in recent years as part of an effort to reorganize the bureau, about 50 percent of all BIE positions have not been filled. IHS also faces workforce challenges—IHS’s overall vacancy rate for clinical care providers was 25 percent.

We've previously made a number of recommendations to address these issues. 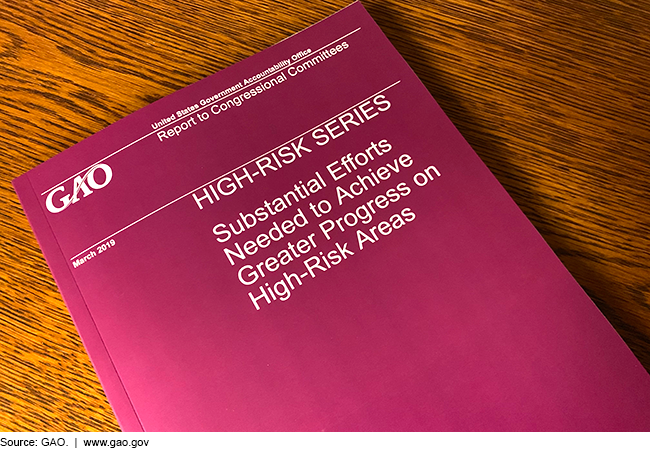 GAO designated the federal management of programs that serve tribes and their members as high risk in 2017. Officials from the Department of the Interior's Office of the Assistant Secretary-Indian Affairs (Indian Affairs), the Bureau of Indian Education (BIE), the Bureau of Indian Affairs (BIA), and the Department of Health and Human Services' (HHS) Indian Health Service (IHS) have expressed their commitment to addressing the issues that led to the designation. Since GAO last testified before this committee on June 13, 2018, Indian Affairs, BIE, BIA, and IHS have demonstrated progress to partially meet each of the five criteria for removing a high-risk designation (leadership commitment, capacity, action plan, monitoring, and demonstrated progress).

Improving Federal Management of Programs That Serve Tribes and Their Members 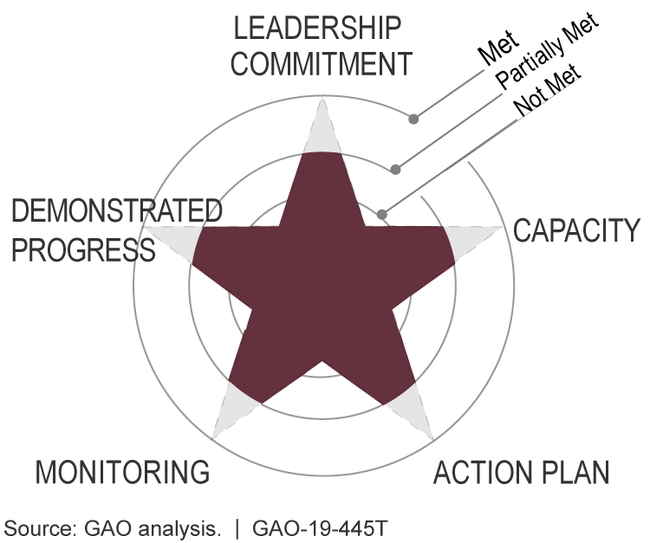 However, additional progress is needed to fully address management weaknesses—particularly in the areas of retaining permanent leadership and a sufficient workforce. For example, to meet the capacity criterion, an agency needs to demonstrate that it has the capacity (i.e., people and other resources) to resolve its management weaknesses. While Indian Affairs, BIE, BIA, and IHS each made progress identifying capacity and resources to partially meet this criterion, BIE and IHS continue to face significant workforce challenges. Specifically, although BIE has conducted hiring in recent years as part of an effort to reorganize the bureau, about 50 percent of all BIE positions have not been filled according to recent BIE documentation. IHS also faces workforce challenges—GAO's August 2018 report found that IHS's overall vacancy rate for clinical care providers was 25 percent.

GAO has identified varying levels of progress at the agencies in understanding what they need to do to be removed from the list and will continue to closely monitor their progress.

GAO's High-Risk List identifies federal program areas that are high risk due to their vulnerability to mismanagement, among other things. GAO added the federal management of programs that serve Indian tribes and their members to its February 2017 biennial update of high-risk areas in response to management weaknesses at Interior and HHS. GAO's recommendations identified in this high-risk area are neither reflective of the performance of programs administered by tribes nor directed at any tribally operated programs and activities.

This testimony, which is based on GAO's March 2019 High Risk report, provides examples of actions taken and progress made by these agencies to address the five criteria GAO uses for determining whether to remove a high-risk designation. For this statement, GAO also drew on findings from its reports issued from September 2011 through August 2018 and updated that work by reviewing agency documentation and interviewing agency officials.