DHS's Securing the Cities program seeks to give state and local agencies the ability to detect and deter nuclear terrorism, including dirty bombs. It provides funding for equipment, such as radiation detectors, and training for up to 5 years. Participating cities are required to submit plans and show potential future funding sources for sustaining these programs after DHS funding ends.

We found DHS does not fully track program spending and performance, and has not addressed challenges to sustaining these programs.

We made 4 recommendations, including that DHS collect more spending information and address sustainment challenges. 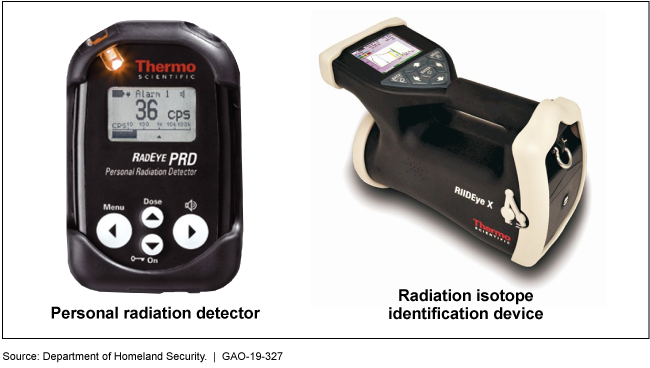 The Department of Homeland Security (DHS) does not collect information to fully track cities' use of Securing the Cities (STC) program funds for approved purposes and to assess their performance in the program. To reduce the risk of successful deployment of nuclear or radiological weapons in U.S. cities, the program establishes local threat detection and deterrence capabilities. DHS tracks cities' spending of program funds and some performance data through cities' quarterly reports but does not collect other data on itemized expenditures and to assess how effectively cities achieved performance metrics and program milestones or how they performed in drills that simulate a threat. For example, DHS does not compare information on expenditures to the purchase plans it approved for cities. As a result, DHS does not know the dollar amounts cities actually spent on program purchases. Expenditure data GAO requested show that cities spent most funds on detection equipment—that is, $94.5 million of the $144.8 million cities spent through June 30, 2018. By regularly collecting expenditure information from cities and comparing it to approved purchase plans, DHS could better ensure these funds were spent consistent with program goals.

DHS does not have assurance that cities can sustain threat detection and deterrence capabilities gained through the STC program. DHS has not enforced planning requirements for sustaining those capabilities and has taken limited action to help cities do so, although encouraging sustainment is one of its primary program goals. Officials from the five cities in the program told GAO that they anticipate funding challenges that will adversely impact their ability to sustain capabilities over time. For example, several city officials said they cannot rely on other DHS or federal grant programs or local sources of funding once STC funding ends. Unless DHS analyzes risks related to sustainment, works with cities to address these risks, and enforces sustainment-planning requirements for cities in the program in the future, program participants could see their radiological detection programs and related capabilities deteriorate.

DHS has not (1) fully developed potential changes or documented a plan for making changes to the STC program; (2) identified the basis for such changes; and (3) consistently communicated with cities, raising concerns about how the changes will impact them. DHS officials told GAO that the agency is considering several potential changes to the STC program that would broaden its geographic reach and scope and centralize acquisition of detection equipment, among other things, but it has not fully developed or documented these changes and does not have a strategy or plan for implementing them. A law enacted in December 2018 requires DHS to develop an implementation plan for the STC program. The law's requirements would provide DHS an opportunity to identify the basis for potential changes, and assessing such changes would provide more reasonable assurance that they would strengthen the program. Further, most city officials GAO interviewed said that in an August 2018 meeting, DHS provided a high-level overview of potential changes and little detail on how such changes would be implemented or affect city operations. If DHS does not clearly communicate to cities how the program will operate under potential changes, these cities could face difficulties planning for the future and achieving the program's detection and deterrence objectives.

Countering the threat that a terrorist could smuggle nuclear or radiological materials into the United States is a top national security priority. In fiscal year 2007, DHS initiated the STC program to reduce the risk of the deployment of a nuclear or radiological weapon by establishing capability in state and local agencies to detect and deter such threats. Since the program began, five participating cities have spent almost $145 million in program funds.

GAO was asked to review the STC program. This report examines (1) the extent to which DHS tracks cities' use of program funds and assesses their performance; (2) what assurance DHS has that cities can sustain capabilities gained through the STC program and the challenges, if any, that cities face in sustaining such capabilities; and (3) potential changes to the STC program and how DHS plans to implement them, the basis for these changes, and the extent to which DHS has communicated with cities about the impact of making changes. GAO reviewed DHS documents, conducted site visits to all cities in the program, and interviewed DHS and city officials.

GAO is making four recommendations including that DHS regularly collect detailed information from cities on program expenditures; analyze risks related to sustainment, work with cities to address these risks, and enforce sustainment-planning requirements for cities in the program; and clearly communicate to cities how the existing program will operate until a new program is in effect. DHS concurred with GAO's recommendations.