The Department of Homeland Security’s Science and Technology Directorate is required to coordinate research and development (R&D) across the department, which helps to prevent duplicative efforts.

One R&D project connects border security teams to each other in real-time. 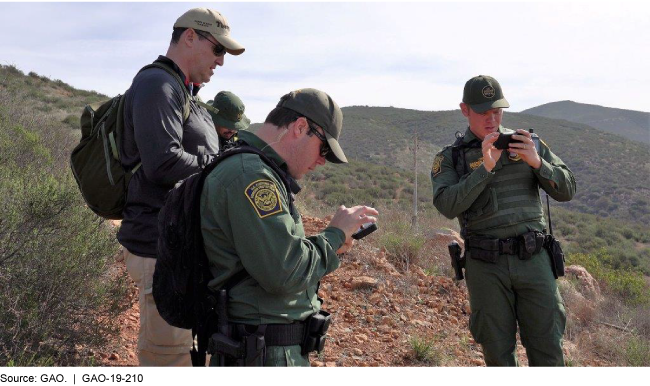 The Department of Homeland Security (DHS) obligated more than $10 billion for research and development (R&D) from fiscal years 2010 through 2017. Seven DHS components have budget authority to conduct R&D, and the Science and Technology Directorate (S&T) obligated nearly 80 percent of all DHS R&D funds during this time period. These components conduct a wide range of R&D, from cybersecurity to border security projects. S&T generally leads or funds R&D projects by providing technology and knowledge products to support four homeland security mission areas:

Conducting R&D on technologies is vital to enhancing the security of the nation. The Homeland Security Act of 2002, as amended, designates S&T as responsible for coordinating all R&D activities of DHS. Questions have been raised about S&T's ability to demonstrate the impact of its R&D investments. Since DHS began operations in 2003, GAO has made recommendations to help improve DHS's efforts to coordinate and oversee R&D.

GAO was asked to review DHS's R&D efforts. This report examines (1) how much DHS has obligated for R&D and what types of R&D DHS conducts, (2) to what extent S&T coordinates R&D across DHS, and (3) how, if at all, DHS identifies and tracks R&D efforts.

GAO reviewed documentation from DHS related to the conduct, coordination, tracking, and evaluation of R&D projects. GAO interviewed DHS officials with responsibilities related to, among other things, R&D financial reporting, performance evaluation, and the IPT process, including officials from the 10 DHS components that participate in the IPTs. GAO also reviewed DHS R&D budget and obligation data from fiscal years 2010 through 2017.

GAO is making four recommendations, with which DHS concurred, including that DHS: 1) ensure all components participate in the IPT process, 2) develop a mechanism that aligns R&D project tracking sources, and 3) collect feedback from R&D customers.