Many Air Force unmanned aerial systems (UAS) are larger and more complex than commercial drones, requiring special training and investment in their pilots.

Since 2013, promotion rates for UAS pilots have increased to match those of other pilots. However, there are relatively fewer non-flying positions—which are essential for career development—requiring UAS pilots' expertise.

We recommended improving how the Air Force manages and justifies its non-flying pilot positions to help it better use its resources and develop leaders among UAS pilots.

This text was updated due to an incorrect date. 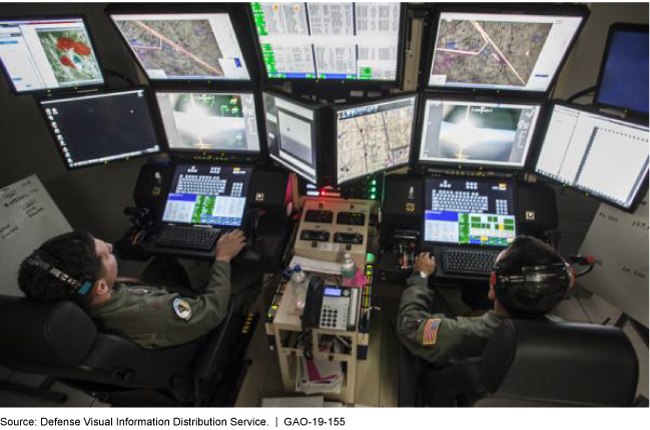 The promotion rates for Air Force Remotely Piloted Aircraft (RPA) pilots have been generally similar to those of other pilots since 2013 and have increased over time. See figure below for promotion rates from major to lieutenant colonel. Air Force officials stated that RPA pilot promotion rates increased because the creation of a dedicated career field resulted in more competitive candidates.

Note: The Air Force held two promotion boards in 2006 noted as “A” and “B,” for major to lieutenant colonel.

Since 2013, over 75 percent of non-operational staff positions requiring RPA pilot expertise were assigned to various organizations within the Air Force, according to GAO's analysis. These positions carry out support and other noncombat-related activities as well as training functions and are essential to the development of officers. However, the overall number of these positions that require a RPA pilot is about one-tenth of the combined number of those requiring other pilots. For example, in fiscal year 2018, 83 non-operational staff positions required RPA pilots compared to 330 requiring fighter pilots. Air Force officials stated that the small number of RPA positions is because the career field is new.

An increasing number of Air Force missions use unmanned aerial systems, or RPAs, to provide their specialized capabilities in support of combat operations. The demand for crew members for these systems has grown rapidly. For example, RPA pilot requirements increased by 76 percent since fiscal year 2013 while those for fighter pilots stayed about the same. These requirements include pilots who serve in non-operational staff positions, such as trainers.

Senate Report 115-125 included a provision that GAO review career advancement for Air Force RPA pilots compared to other pilots. This report, among other things, describes (1) the rates that RPA and other pilots were promoted; (2) the rates that non-operational staff positions requiring RPA pilot expertise were assigned to various organizations, and (3) the extent to which the Air Force has reviewed its oversight process to effectively manage non-operational staff positions requiring aviator expertise.

Among other things, GAO analyzed Air Force pilot promotion data from 2006-2017. GAO also analyzed non-operational staff position data from fiscal years 2013-2018 and interviewed officials regarding the management and oversight of these positions.

GAO recommends that the Air Force review its oversight process for managing the non-operational staff positions, including those for RPA pilots, to identify opportunities to increase efficiencies. DOD concurred with this recommendation.