Almost the entire $30 billion Department of Energy budget goes to contracts, most of which have subcontracts.

What sort of scrutiny do these subcontracts get?

In a 10-year look back, we found more than $3.4 billion in subcontract costs that had not been audited as required—some of which was already past the 6-year statute of limitations to recover unallowable costs.

Yet Energy has not clarified which subcontracts should be audited and what an audit should entail.

We made 6 recommendations to address these and other issues we found with Energy's subcontract oversight. 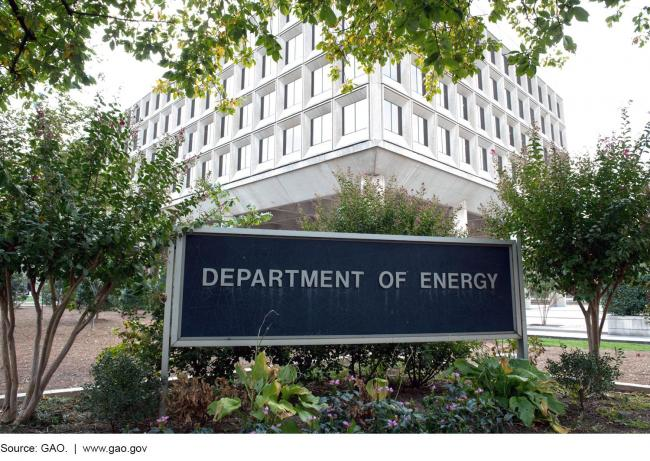 Photo of the sign in front of the Department of Energy in Washington, DC

DOE and NNSA did not always ensure that contractors audited subcontractors’ incurred costs as required in their contracts. GAO’s review of 43 incurred-cost assessment and audit reports identified more than $3.4 billion in subcontract costs incurred over a 10-year period that had not been audited as required, and some subcontracts remained unaudited or unassessed for more than 6 years. Completing audits in a timely manner is important because of a 6-year statute of limitations to recover unallowable costs that could be identified through such audits. DOE headquarters has not issued procedures or guidance that requires local offices to monitor contractors to ensure that required subcontract audits are completed in a timely manner, consistent with federal standards for internal control. Without such procedures or guidance, unallowable costs may go unidentified beyond the 6-year limitation period of the Contract Disputes Act, preventing DOE from recovering those costs.

DOE, including NNSA, is the largest federal civilian contracting agency, spending about 90 percent of its appropriations on contracts with companies, universities, and others for federal research and development, engineering, and production. DOE headquarters and local offices oversee contractors’ activities, including their management of subcontracts.
GAO was asked to review contracting at DOE, including the use of subcontractors. This report examines, for fiscal year 2016, (1) the parties that participated in DOE’s largest prime contracts and the extent to which they subcontracted their work; (2) the extent to which DOE ensured that those contractors audited subcontractors’ costs, as required; and (3) the extent to which DOE ensured that contractors met other subcontract oversight requirements. GAO reviewed DOE’s fiscal year 2016 data and documents, analyzed regulations, and interviewed federal officials and contractor representatives for DOE’s 24 largest fiscal year 2016 prime contracts.
Skip to Recommendations

About 90% of the Department of Energy’s $30 billion budget goes to contracts which help the...
Blog Post