The federal government is one of the country's largest advertisers, spending nearly $1 billion annually on advertising contracts.

As it does for virtually all of the products and services it buys, the government seeks to provide procurement opportunities for these contracts to certain socially and economically disadvantaged small businesses and to businesses of any size owned by minorities and women.

We found the government has generally directed an increasing share of its advertising contract dollars to these businesses, averaging about 13 percent over the past five years.

Advertising Contract Obligations, with Amounts Going to Small Disadvantaged Businesses and Those Owned by Minorities and Women, Fiscal Years 2013 - 2017 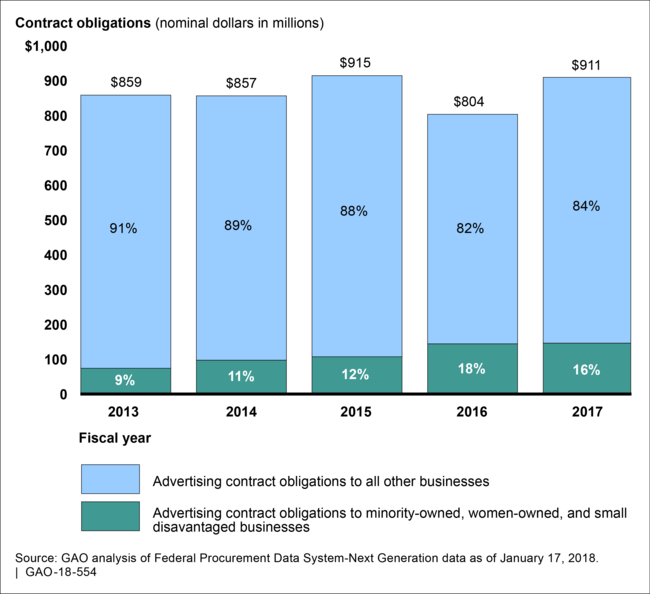 Bar chart showing federal advertising contract obligations over fiscal years 2013 through 2017, with the shares going to small disadvantaged businesses and those owned by minorities and women. 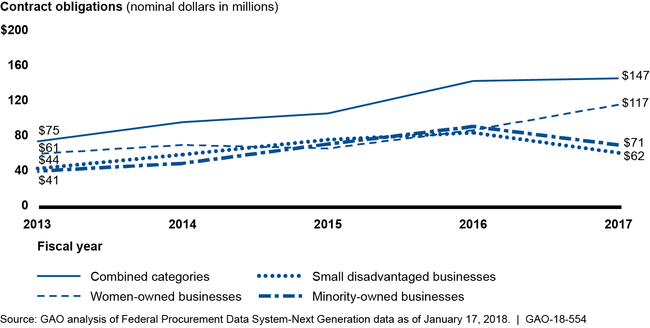 The federal government spends close to $1 billion annually for advertising activities that, among other things, inform the public about programs and services. The government seeks to provide procurement opportunities for these services to businesses such as SDBs and those owned by minorities and women. SDBs are those primarily owned by one or more socially and economically disadvantaged individuals.

The Small Business Administration provided technical comments on this report, which GAO incorporated as appropriate.