The Missile Defense Agency is developing a system to track and destroy enemy missiles. In our annual review of this system, we found that, as in prior years, MDA has made progress developing, testing, and delivering some parts of this system but did not always complete its goals. For example, while MDA delivered some kinds of missiles to the military as planned, other missiles were delayed.

We also found some of these assets are not delivered with information users need, like limitations about how they operate or how they were tested. Our six recommendations include actions MDA can take to better communicate this and other information. 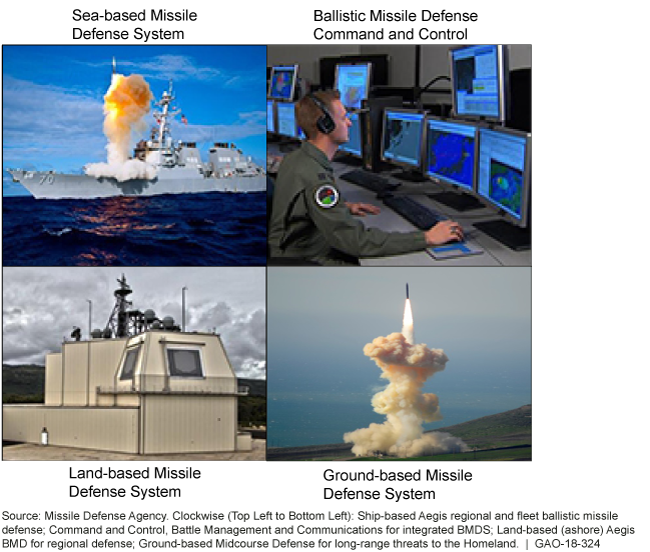 In fiscal year 2017, the Missile Defense Agency (MDA) made mixed progress in achieving its delivery and testing goals.

MDA continued to deliver assets to the military services. However, system-level integrated capabilities, such as some discrimination and integrated cyber defense improvements, were delayed and delivered with performance limitations.

Several programs achieved notable firsts, including the first intercept of an Intercontinental Ballistic Missile. However, one program experienced a failure, and other tests were delayed or deleted.

Moreover, GAO found challenges in MDA's processes for communicating the extent and limitations of integrated capabilities when they are delivered. As a result, warfighters do not have full insight into the capabilities MDA delivers.

MDA does not completely assess BMDS performance using traditional flight tests. Instead, MDA relies on models, some of which produce data with limited credibility. According to Department of Defense and MDA policy, models used to operationally assess weapons systems must be accredited to ensure they reflect the real-world system. In addition, using unaccredited models increases the risk that test results could be distorted, and leaves decision makers without key information on how the system will perform. While MDA has taken steps to improve its models, it has used many models in system operational ground tests that were not certified for that use (see figure). Additionally, MDA does not communicate model limitations to some decision makers.

Since 2002, MDA has been developing a Ballistic Missile Defense System that can identify and intercept enemy threats. MDA has received approximately $132 billion and is planning to spend an additional $47.8 billion through fiscal year 2022 to continue its efforts.

The National Defense Authorization Act for Fiscal Year 2012 included a provision that GAO annually assess and report on the extent to which MDA has achieved its acquisition goals and objectives. This report addresses (1) the progress MDA made in achieving fiscal year 2017 goals; (2) the extent to which MDA uses contracting vehicles known as undefinitized contract actions; and (3) the extent to which models provide credible information about the system's operational performance. To do this work, GAO reviewed planned fiscal year 2017 baselines and other documentation and assessed them against baseline reviews and GAO's acquisition best practices guides. In addition, GAO interviewed relevant officials.