Does the Veterans Health Administration have enough doctors to keep up with veterans' growing health care needs? It can't be sure.

VHA knows the number of doctors it employs (over 11,000), but it doesn’t know how many contract physicians and physician trainees (e.g., medical residents) are used to meet its staffing needs. And although VHA uses multiple strategies to support the hiring and retention of physicians—including financial incentives and a physician training program—it hasn't evaluated their effectiveness.

We recommended that VHA develop a process to track all physicians, and evaluate its recruitment and retention strategies. 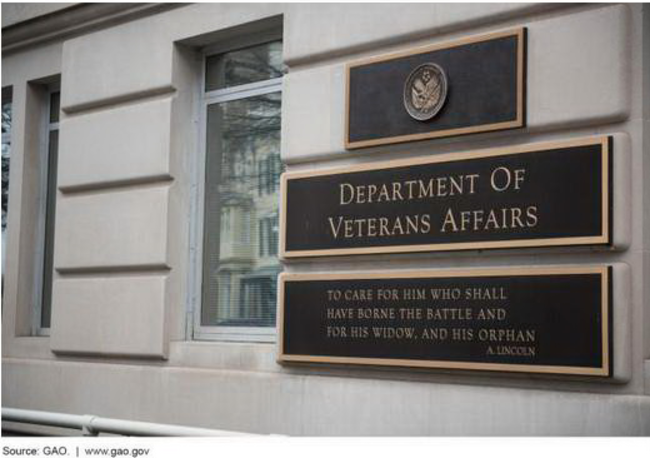 Photo of the Department of Veterans Affairs headquarters.

The Veterans Health Administration (VHA), within the U.S. Department of Veterans Affairs (VA), has opportunities to improve staffing, recruitment, and retention strategies for physicians that it identified as a priority for staffing, or mission-critical. For 2016, the top five physician mission-critical occupations were primary care, mental health, gastroenterology, orthopedic surgery, and emergency medicine. Specifically, GAO identified the following issues:

Incomplete information on number of physicians. VHA is unable to accurately count the total number of physicians who provide care in its VA medical centers (VAMC). VHA has data on the number of mission-critical physicians it employs (more than 11,000) and that provide services on a fee-basis (about 2,800). However, VHA lacks data on the number of contract physicians and physician trainees. Five of the six VAMCs in GAO's review used contract physicians or physician trainees to meet their staffing needs, but VHA has no information on the extent to which VAMCs nationwide use these arrangements.

VAMCs' Use of Contract Physicians, Fee-Basis Physicians, and Physician Trainees for Mission-Critical Physician Occupations at the Six VAMCs We Reviewed, as of March 31, 2017

Physicians serve an integral role in VHA's mission of providing care to the nation's veterans. VHA hires more than 2,800 mission-critical physicians annually. Yet, physicians have consistently been identified by VHA as a critical staffing priority due to recruitment and retention concerns.

The explanatory statement accompanying the Consolidated Appropriations Act of 2016 directed GAO to review VHA's physician workforce. This report addresses: for the mission-critical physicians, (1) VHA data on how many physicians provide care, and (2) the extent VHA measures physician workload and productivity; and for all physicians, (3) what evaluations have been done on the effectiveness of its recruitment and retention strategies. GAO reviewed VHA documentation, such as policies and guidance, personnel data and workload measures. GAO interviewed officials from VHA Central Office, and six VAMCs and their corresponding regional offices. GAO selected the VAMCs for variation in location, facility complexity, and physician staffing levels.

GAO makes five recommendations, including that VA develop a process to count all physicians, provide guidance on productivity measurement, and evaluate its physician recruitment and retention strategies. VA concurred with four of the five recommendations, but not with the one to accurately count all physicians, stating that its workforce assessment tools are sufficient. However, GAO maintains that this is essential for effective workforce planning, as described in the report.