How does the Veterans Health Administration ensure that its 170 medical centers are providing timely, high-quality care to veterans? VHA uses national policies and guidance that cover all aspects of health care delivery, such as purchasing community care and scheduling outpatient appointments.

We looked at how VHA defines and communicates its national policy and guidance and collects information on local implementation challenges. Among the issues we found was that VHA does not consistently solicit input from the local level before issuing policy or after implementing it.

We made 6 recommendations to address this and other challenges. 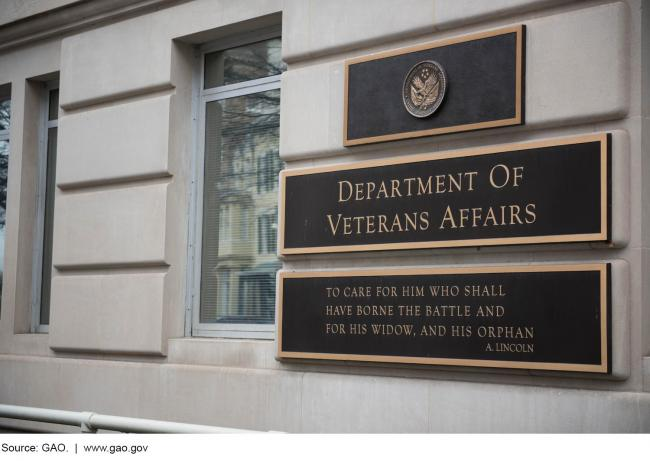 Photo of the Department of Veterans Affairs.

The Veterans Health Administration (VHA)—within the Department of Veterans Affairs (VA)—is taking steps to align existing national policy documents with newly revised definitions that streamline and clarify document use. According to the new definitions in its June 2016 directive on policy management, directives and notices are now the sole documents for establishing national policy; other types of documents, such as program office memos, are considered guidance. VHA is reviewing about 800 existing national policy documents to eliminate those that no longer meet its new definitions, and to rescind or recertify those that are outdated. At this time, VHA is not planning to review guidance documents, such as program office memos and standard operating procedures, to assess whether they align with its updated directive, because there is no central repository for these documents and it would be too resource intensive to locate all of them. Further, GAO's review found—contrary to VHA's updated directive—that program offices are continuing to use memos to issue policy. The continued use of program office memos to establish national policy undermines VHA's efforts to improve its policy management.

VHA does not routinely collect information on local challenges with national policy implementation or on exemption waivers. The four VISNs and eight VAMCs in GAO's review reported various challenges they face when implementing national policy, such as resource constraints and undefined time frames. In instances where VAMCs cannot meet policy requirements, program offices may approve policy exemption waivers on an ad hoc basis. However, GAO found that VHA lacks complete information on approved policy exemption waivers because it does not have a standard process for approving, tracking, and reassessing them. In recognition of this issue, VHA established a committee to develop a waiver process in June 2017.

GAO was asked to conduct a management review of VHA; this is the sixth report in the series. In this review of VHA's policy management, GAO examines the extent to which (1) VHA has implemented its new definitions for national policy and guidance documents; (2) VHA ensures that national policy and guidance documents are accessible to VISNs and VAMCs; (3) VHA collects information on local challenges with implementing national policy, including the exemptions granted when policy requirements cannot be met; and (4) local policies are developed and maintained by VISNs and VAMCs, and whether they are aligned with national policies.