Contractors performing federal construction contracts that exceed $150,000 are required to obtain performance and payment surety bonds—which guarantee that the contractor will abide by the terms of the contract, and that suppliers and subcontractors will be paid if the contractor defaults.

These requirements can be waived for various reasons, such as for construction projects in foreign countries.

Our review of three federal agencies found that there is no tracking mechanism or data source to identify how often surety bond requirements are waived. However, agency officials said that such waivers are rare. 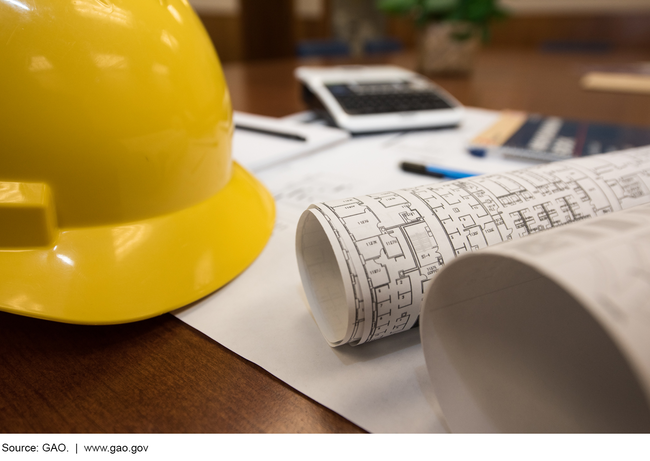 Federal law requires contractors executing federal construction contracts that exceed $150,000 to obtain two types of surety bonds: payment bonds, which guarantee that suppliers and subcontractors will be paid for material and work performed under the contract, and performance bonds, which guarantee that the contractor will perform the contract in accordance with its terms and conditions. This law, which is sometimes referred to as the Miller Act, allows for these surety bond requirements to be waived under certain conditions, such as when the contracting officer determines it is impracticable for the contractor to furnish a bond for work performed in a foreign country, or for specified Department of Defense (DOD) and Department of Transportation cost-reimbursement construction contracts. The Small Business Administration helps small businesses obtain surety bonds in instances where a lack of financial strength or experience may create challenges meeting surety bond requirements.

According to officials at DOD and the Departments of Veterans Affairs (VA) and State (State)--the three selected agencies GAO reviewed--there is no tracking mechanism or data source to identify how often surety bonds are waived. However, agency and industry officials noted that waivers are rare. GAO also confirmed that the Federal Procurement Data System-Next Generation (FPDS-NG)--the government's procurement database--does not include information related to waivers to surety bond requirements. Officials from State and DOD stated that although they generally require bonds for all construction contracts, they have used waivers for certain overseas construction contracts--as allowed--when necessary.

Surety bonds are issued by providers, such as individuals or surety companies, to ensure that construction projects will be completed as required and that suppliers and subcontractors will be paid if a bonded contractor defaults.

GAO is not making any recommendations at this time.