How well do DOD and NASA work together to coordinate buying launch services?

The Department of Defense studied how it and NASA use interagency collaboration tools—such as participation in meetings and on boards—to coordinate buying launch services for items like satellites and cargo capsules.

We found that the agencies have a number of formal and informal ways to coordinate on launch acquisition issues. DOD's study didn't identify opportunities for improving coordination, though, because the authors said existing coordination is sufficient. Agency and launch industry officials we spoke with generally agreed. 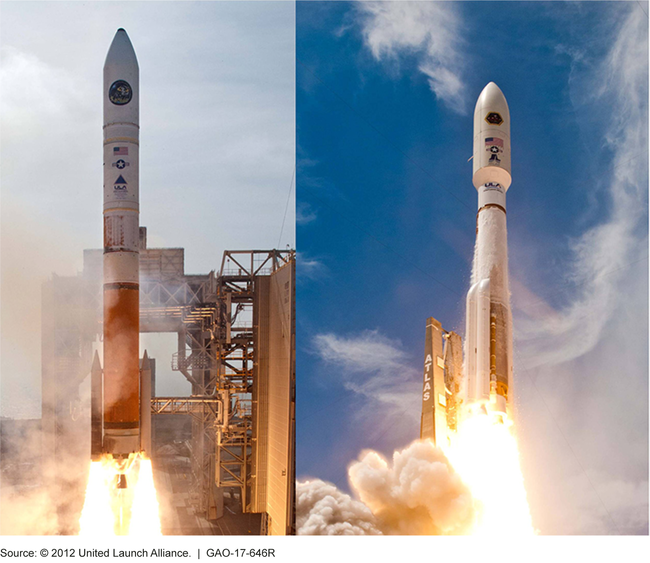 Photo of satellites launching on rockets

The Department of Defense's (DOD) study on coordination of space launch acquisition efforts generally addresses the elements it was required to cover. As directed, the study describes ongoing interagency coordination mechanisms. For example, when a National Aeronautics and Space Administration (NASA) launch experienced a failure in 2014, existing coordination mechanisms allowed NASA and Air Force officials to quickly determine how the failure would affect the schedule for an Air Force launch the next day. DOD, NASA, and the National Reconnaissance Office (NRO) have used these coordination mechanisms to address some of GAO's past findings and recommendations related to improving coordination of space launch. For example, in February 2012, GAO recommended that the Office of Management and Budget determine whether or not the government was paying twice for overhead costs for launch between DOD and NASA contracts. The next year, DOD and NASA took steps to assess this problem, and according to agency officials, actions taken through negotiating the contract awarded subsequent to GAO's recommendation verified that the charges were not duplicative. GAO also found that the space launch coordination activities described in the study generally reflect GAO's key practices for interagency collaboration.

DOD's study also highlights a number of lessons learned resulting from collaborative efforts. For example, the Air Force was able to benefit from NASA's experience with various contracting approaches for launch services to help inform development of new Air Force launch agreements and contracts. The study did not, however, identify opportunities to further enhance coordination, because the study's authors told GAO that they believe no further improvements or mechanisms were needed. Air Force, NRO, and NASA officials GAO spoke with who are involved in launch efforts concurred with this assessment. Launch industry representatives also concurred that government agencies coordinate on launch issues, although they pointed out that the process to certify new launch services companies as qualified to compete for government launch contracts could benefit from improved coordination. 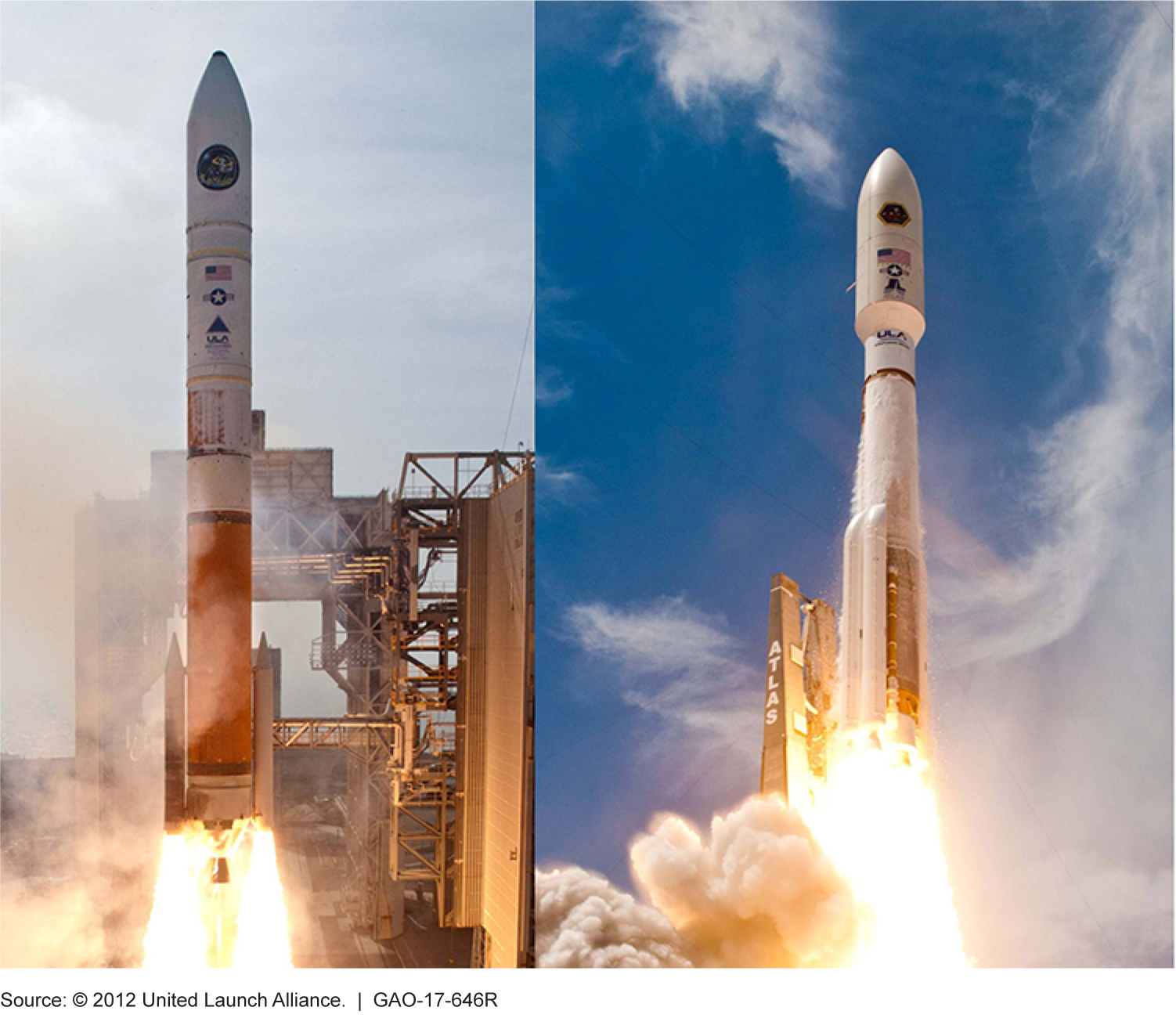 DOD--including the Air Force and the NRO--and NASA spend over a billion dollars per year on space launches for satellites, probes, and cargo capsules that are critical for carrying out government functions such as protected military communications, missile warning, navigation, intelligence collection, scientific discovery, and delivering supplies to the International Space Station (see figure). The Air Force acquires launch services for the military services and for most NRO missions, and NASA acquires launch services for civil sector spacecraft missions through its NASA Launch Services Program. While DOD and NASA use some of the same providers for their launches, each agency has separate acquisition processes and launch requirements. GAO has noted that interagency coordination in space launch acquisitions has the potential to help leverage the government's buying power and eliminate the potential for redundancy and duplication. While DOD and NASA have a history of working together in many areas of launch, GAO's prior work as well as other studies have pointed to opportunities for improved coordination.

The Joint Explanatory Statement to the National Defense Authorization Act for Fiscal Year 2015 contained a provision for (1) DOD to conduct a study to identify and assess opportunities for coordination among federal agencies in space launch acquisition efforts and provide a summary of lessons learned, and (2) GAO to assess DOD's study and update the related space launch findings and recommendations reported in GAO's February 2012 Annual Report: Opportunities to Reduce Duplication, Overlap and Fragmentation, Achieve Savings, and Enhance Revenue. This review examines the extent to which DOD's study addresses the provision, and the extent to which prior GAO findings and recommendations on space launch coordination have been addressed.

To do this work, GAO reviewed guidance documents and interviewed launch officials from the Air Force, NRO, and NASA as well as from launch companies that work with the government, and launch industry experts. GAO compared the activities of the coordination mechanisms and agreements described in DOD's study to GAO's key practices for effective interagency collaboration. To determine the extent to which prior GAO findings and recommendations on space launch coordination have been addressed, GAO followed up on the status of relevant actions taken through interviews with officials and by reviewing applicable DOD and NASA documents.