DOD space systems (e.g., satellites) support the military and others with a wide range of critical capabilities, including meteorology, missile warning, and secure communications.

But when it comes to acquiring these systems, DOD has historically struggled with ballooning costs, schedule overruns, and fragmented leadership.

This testimony provides a snapshot of the status of DOD space acquisitions, actions DOD has taken to address past concerns, and recommendations we and others have made. We also talk about the need for further corrective actions. 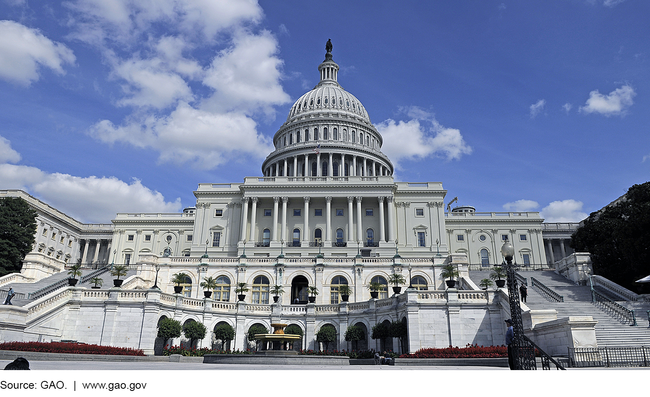 Image of the U.S. Capitol building

Many major Department of Defense (DOD) space programs GAO reviewed have experienced cost and schedule increases. For example, costs for the Advanced Extremely High Frequency satellite program grew 118 percent and its first satellite was launched more than 3.5 years late. Costs for the Space Based Infrared System grew nearly 300 percent and its scheduled launch was delayed roughly 9 years. Both programs are now in the production phase during which fewer technical problems tend to surface. Satellite ground systems have also been challenged by cost and schedule growth. In fact, ground system delays have been so lengthy that satellites sometimes spend years in orbit before key capabilities can be fully utilized. The table below provides some examples of program status.

GAO's preliminary results from an ongoing review of the Global Positioning System (GPS) show that the satellites, ground systems, and user equipment continue to be on a high-risk path. The launch of the first GPS satellite has been delayed almost 4 years because of technical problems. Additionally, development challenges for the satellite's ground system have resulted in delays so significant that the Air Force has started two other ground system efforts as workarounds to mitigate risk of delayed GPS capability. Additionally, it remains unclear how DOD will overcome a number of challenges that create high risk to the timely fielding of upgraded GPS user equipment for the warfighter.

GAO has reported over the years that DOD's culture has generally been resistant to changes in space acquisition approaches and that fragmented responsibilities have made it difficult to coordinate and deliver interdependent systems. Although some changes in leadership have been made, such as providing the Secretary of the Air Force with additional space responsibilities, it is too early to gauge whether these changes are sufficient to provide leadership for balancing needs against wants, ensure coordination among the many organizations involved with space, and ensure that resources are directed where they are most needed. Given the long-standing fragmentation in space leadership and consequent challenges DOD faces in synchronizing its extensive space enterprise, discussions with DOD officials and experts indicate further-reaching changes, ranging from establishing a space acquisition agency to instituting a new military department for space, may deserve a closer look.

DOD's space systems provide critical capabilities that support military and other government operations and can take a long time to develop, produce, and launch. These systems can also be expensive to acquire and field, amounting to billions of dollars each year. Given the time and resource demands of DOD's space systems and the need to ensure taxpayer dollars are used effectively, especially in light of today's constrained government budget environment, it is essential that DOD manage system acquisitions carefully and avoid repeating past problems.

This statement focuses on (1) the current status and cost of major DOD space system acquisitions, (2) GPS, which is the only large DOD satellite program with systems currently in the development cycle, and (3) leadership for space acquisitions.

This statement highlights the results of GAO's work on space acquisitions over the past 8 years and presents preliminary observations from ongoing work on the Global Positioning System. For the ongoing work, GAO analyzed program documents and interviewed DOD and contractor officials.

Past GAO reports have generally recommended that DOD adopt acquisition best practices to help ensure cost and schedule goals are met. DOD has generally agreed and taken some actions to address space acquisition problems; however, additional actions are still needed.