What if a $2 billion government satellite just stopped working?

DOD, NASA, and NOAA each spend billions of dollars on satellites. But, unlike ships and aircraft that the government purchases, the quality of a satellite can only be determined after it's been launched into space. At that stage, repairing defects can be next to impossible, and a mission can fail due to a single malfunction. We looked at what a contractor would be financially responsible for in the case of a catastrophic satellite failure. We found that in most cases, the government's financial recourse is limited relative to the overall satellite investment. 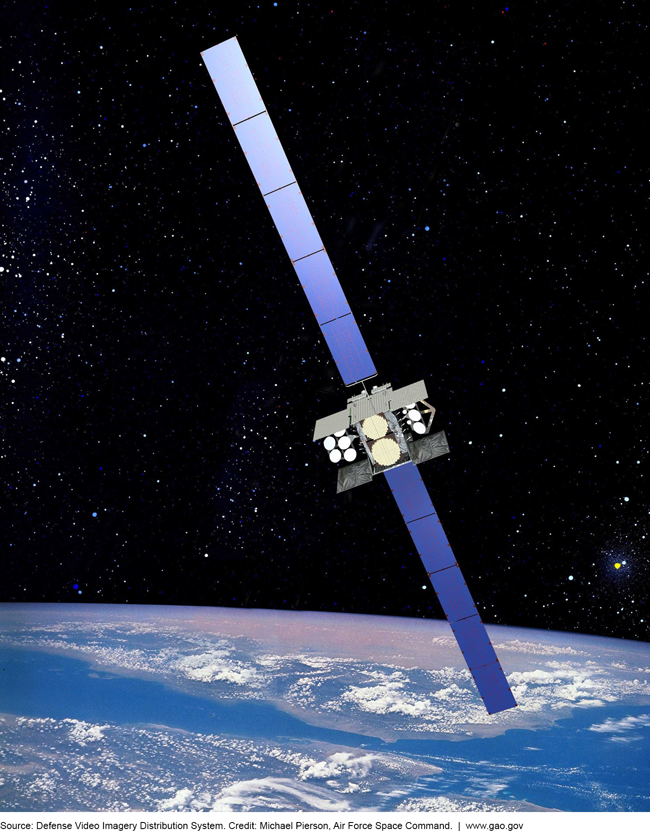 Rendering of a satellite in orbit

Given high development risks and uncertain requirements in satellite programs, most government satellite acquisitions use cost-reimbursement contracts. When lower-risk items are being acquired, such as standard spacecraft and communications satellites, agencies used firm-fixed-price contracts. Overall, across 19 programs GAO reviewed at the Department of Defense (DOD), National Aeronautics and Space Administration (NASA), and the Department of Commerce's National Oceanic and Atmospheric Administration (NOAA), about $43.1 billion of $52.1 billion was obligated on cost-reimbursement contracts and orders, while the remaining $9 billion were on firm-fixed-price and fixed-price incentive contracts and orders.

The government's recourse in the event of a catastrophic satellite failure is limited, relative to its overall investment. Given the small on-orbit incentive amounts included in contracts, the government's maximum financial recovery potential is modest. This is by design, however, as on-orbit incentives are not intended to make the government whole in the event of total failure. The government accepts this level of risk, in part because such failures are rare, according to government and industry experts. Also, it is unclear whether larger on-orbit incentives would reduce on-orbit failures given numerous other factors that affect a program's success, including requirements stability, design maturity and contractor experience. As a result, the most cost effective way to limit the government's loss in the rare case of a catastrophic failure may be to reduce cost growth and schedule delays by using best practices during satellite development, as GAO has previously recommended.

Acquiring and fielding satellites are high stakes endeavors. Each year, DOD, NASA, and NOAA spend billions of dollars acquiring satellites. Unlike with other major acquisitions, such as ships or aircraft, an agency can only determine the quality of a satellite after it is launched. That means any defects that occur may be impossible to repair, and in space, a single failure can be catastrophic for a mission's success.

As a result, contractor performance is critical to a program's success, and contract incentives can be particularly important in aligning government and contractor interests—both in achieving mission success and ensuring responsible financial management.

This report addresses (1) the types of contracts DOD, NASA, and NOAA use to develop satellites, (2) how selected programs structure on-orbit incentives, and (3) what recourse, if any, the government has in the event of satellite failure or underperformance. To conduct this work, GAO analyzed contract obligations data and documentation for 19 current satellite programs; reviewed policies and guidance regarding contact types and incentives; selected 12 case studies to determine incentive structures and recourse options; and interviewed program and contracting officials at each agency, as well as commercial representatives and industry experts.