The United States has provided over $2 billion in equipment to Iraq's security forces through the Iraq Train and Equip Fund to counter the expansion of the Islamic State of Iraq and Syria.

However, the Department of Defense does not collect timely and accurate transportation information about the equipment purchased through the fund. As a result, DOD can't demonstrate that this equipment reached its intended destinations in Iraq. We recommended that DOD improve its systems and procedures (such as how it records key transportation data) to better track this equipment. 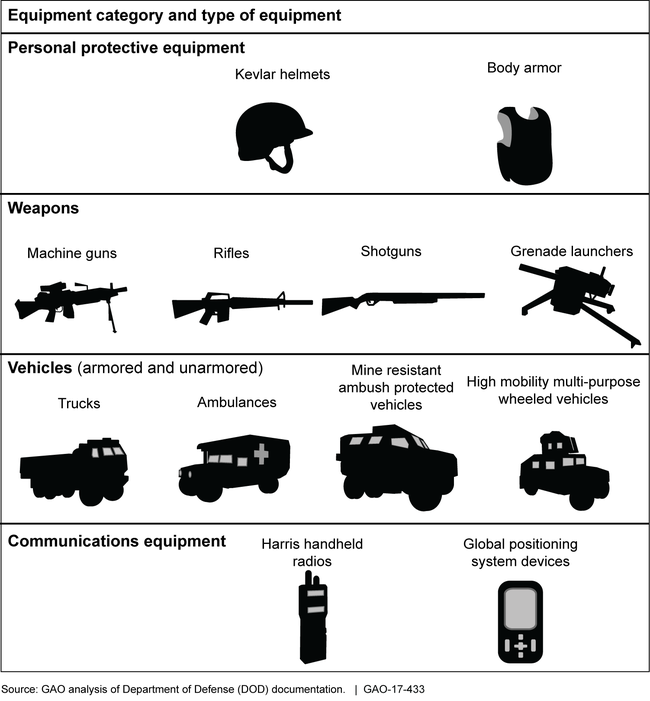 The Department of Defense (DOD) maintains limited visibility and accountability over equipment funded by the Iraq Train and Equip Fund (ITEF). Specifically, DOD is not ensuring that the Security Cooperation Information Portal (SCIP) is consistently capturing key transportation dates of ITEF-funded equipment. DOD guidance states that DOD components should use SCIP to identify the status and track the transportation of all building partner capacity materiel, such as ITEF. DOD also issued an order in October 2016 requiring DOD components to ensure that equipment transfer dates are recorded in SCIP. The process for providing the equipment to Iraq's security forces generally falls into three phases: (1) acquisition and shipment, (2) staging in Kuwait and Iraq, and (3) transfer to the government of Iraq or the Kurdistan Regional Government. However, for the 566 ITEF-funded requisitions marked as complete in SCIP's management reporting system as of February 2017, GAO found that the system captured one of two key transportation dates for 256 of the requisitions in phase 1, and none of the transportation dates for these requisitions in phase 2 or phase 3 (see figure).

In 2014, Congress authorized the creation of ITEF to provide equipment and other assistance to Iraq's security forces, including the Kurdistan Regional Government forces, to counter the expansion of the Islamic State of Iraq and Syria. As of December 2016, DOD had disbursed about $2 billion of the $2.3 billion Congress appropriated for ITEF in fiscal years 2015 and 2016 to purchase, for example, personal protective equipment, weapons, and vehicles for these forces. DOD's web-based SCIP provides U.S. government personnel and others transportation information on DOD equipment imported from other DOD data systems or reported by SCIP users.

GAO was asked to review DOD's accountability of ITEF-funded equipment. This report assesses the extent to which DOD maintains visibility and accountability of ITEF-funded equipment from acquisition through transfer to the government of Iraq or the Kurdistan Regional Government. GAO analyzed DOD guidance, procedures, SCIP data, and transfer documentation and interviewed officials from DOD agencies with a role in the ITEF equipping process in the United States, Kuwait, and Iraq.

GAO is making four recommendations that include identifying the root causes for addressing why DOD is not capturing ITEF-funded equipment transportation dates in SCIP and developing an action plan to address these issues. DOD generally concurred with GAO's recommendations and stated that it would develop a plan.