The Department of Homeland Security purchases many systems—such as for nuclear detection and search and rescue—that help it execute critical missions. And, while it has improved its management of major acquisitions, its non-major acquisitions (generally those that cost less than $300 million) haven't received as much attention—though DHS did make improvements during the course of our audit. 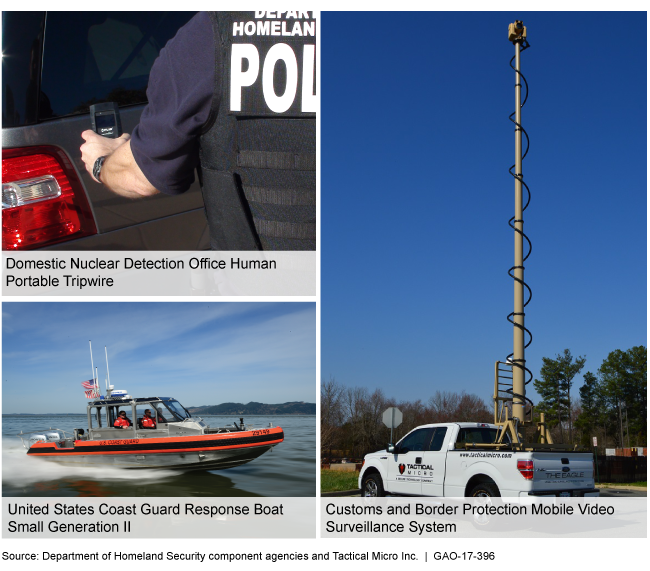 The Department of Homeland Security's (DHS) component agencies—such as the U.S. Coast Guard and Customs and Border Protection—lack the information needed to effectively oversee their non-major acquisitions because they cannot confidently identify all of them. They identified over $6 billion in non-major acquisitions; however, GAO found 8 of the 11 components could not identify them all. Several officials indicated that their focus had been on major acquisitions historically, and they had not turned their attention to non-major acquisitions until more recently. Many component officials said they were still in the process of identifying all of these acquisitions, but it was unclear when they would complete these efforts. DHS headquarters had not established time frames for components to do so, which may have resulted in components losing traction in their efforts. Federal internal controls standards establish that management should obtain relevant data from reliable sources in a timely manner. Another key challenge involves the use of baselines, which establish a program's critical cost, schedule, and performance parameters. Component officials identified 38 non-major acquisitions that were active at the start of fiscal year 2017 (as opposed to acquisitions that have been delivered to end users and are considered to be non-active). GAO found that most of the active non-major acquisitions (23 of 38) did not have approved baselines, and that the value of the acquisitions without baselines constituted nearly half of the total value of the active acquisitions.

Value of Active Non-Major Acquisitions Identified by Components as of October 1, 2016

At the beginning of fiscal year 2017, some components did not require approved baselines. However, in response to GAO's preliminary findings, in February 2017, DHS required component leadership to approve baselines for non-major acquisitions, which should help components oversee them more effectively.

Each year, DHS acquires a wide array of systems intended to help its component agencies execute their many critical missions. GAO has previously reported that DHS's process for managing its major acquisitions is maturing. However, non-major acquisitions (generally those with cost estimates of less than $300 million) are managed by DHS's component agencies and have not received as much oversight. Recently GAO reported on a non-major acquisition that was executed poorly, limiting DHS's ability to address human capital weaknesses.