The Missile Defense Agency has spent $123 billion on a system to track and destroy enemy missiles—and plans to spend another $37 billion through 2021.

While we found that MDA has made progress developing some parts of this system, the agency has also faced challenges completing its testing goals, maintaining its test schedule, and integrating its various components. Moreover, the agency is developing new programs with limited input from DOD and the military services responsible for operating and maintaining them.

We recommended that MDA increase transparency into testing and costs, and improve its knowledge before funding future efforts. 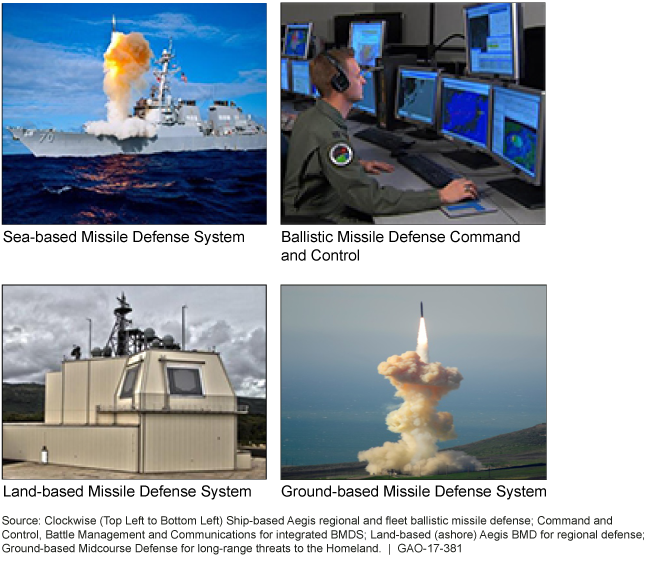 MDA's integrated test schedule continues to be aggressive, resulting in frequent changes to planned testing from year to year. These changes are not clearly tracked which reduces the traceability of planned test objectives—what requirements have been met and when. Furthermore, MDA requests more than $1 billion in funding each fiscal year for tests, but the cost estimates to support the request are inconsistent and lack transparency. Until MDA addresses the limited traceability in its test schedule and transparency of the associated costs, the ability to track test progress costs will remain difficult.

MDA's efforts for exploring, developing, producing, and delivering its next generation of capabilities, such as new ground-, air-, and space-based sensors and interceptors, include several best practices of a sound business case. For example, MDA plans to incorporate mature technologies and realistic cost estimates in its efforts. However, the process lacks warfighter-approved requirements and sufficient input from Department of Defense (DOD) components. For example, design approaches for several efforts include trade-offs that favor acquiring capabilities sooner and at a lower cost but are at risk of lacking the performance necessary to defeat future threats. By allowing MDA to define requirements but not address concerns with system designs and acquisition strategies, there is an undue level of emphasis being placed on the judgment, needs, and preferences of MDA ahead of the warfighter, decreasing DOD-wide support for some future efforts.

Since 2002, MDA has been developing a Ballistic Missile Defense System comprised of a command and control system, radars that can identify incoming threats, and intercepting missiles. MDA has received approximately $123 billion and is planning to spend an additional $37 billion through fiscal year 2021 to continue its efforts.

The National Defense Authorization Act for Fiscal Year 2012 included a provision that GAO assess the extent to which MDA has achieved its acquisition goals and objectives. This report addresses the progress and challenges in fiscal year 2016 associated with MDA: (1) achieving fiscal year 2016 testing, asset, and capability delivery goals, (2) ensuring transparency of test schedules and costs, and (3) establishing a sound business case for future efforts. GAO reviewed the planned fiscal year 2016 baselines as stated in the BMDS Accountability Report and other program documentation and assessed them against program and baseline reviews and GAO's acquisition best practices guides. In addition, GAO interviewed DOD and MDA officials.

GAO is making four recommendations to the Department of Defense to increase transparency into testing and cost estimates, and improve acquisition strategies for MDA's future efforts. DOD concurred with part of GAO's first recommendation, but it did not concur with the remaining parts or other three recommendations. GAO continues to believe the recommendations are valid as discussed in this report.