The federal government saved nearly $500 million over the past 5 years through "smarter buying"—such as leveraging the government's collective buying power for things like office supplies. But that's small change compared to what it could have saved.

Smarter buying initiatives have the potential to transform how the government buys, but we found that agencies are not participating at the levels they could be—potentially leaving billions of dollars in savings on the table.

As the Office of Management and Budget implements smarter buying for big-ticket items like IT, it should hold agencies accountable for actually using the initiatives.

Federal agencies have saved millions through smarter buying initiatives, but they could be saving billions. 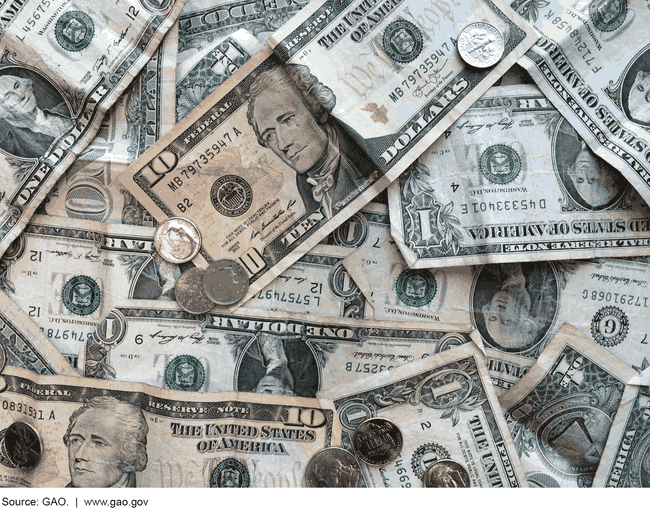 Smarter buying initiatives could save the government billions.

From fiscal year 2011 through 2015, federal agencies reported spending almost $2 billion through the Federal Strategic Sourcing Initiatives (FSSI) GAO reviewed and reported an estimated total of $470 million in savings. Federal agencies' low use of the FSSIs, however, diminished the potential savings that could have been achieved. For example, in fiscal year 2015, federal agencies spent an estimated $6.9 billion on the types of goods and services available through these FSSIs. Of this amount, $4.5 billion was considered “addressable” and could have been spent through the FSSIs, but just $462 million was. While total savings reported for fiscal year 2015 came in at $129 million—a savings rate of 28 percent—had all of the agencies directed their addressable spending through FSSIs, up to $1.3 billion in savings could have been achieved, assuming the same savings rate. See figure.

GAO found that FSSI use has been low, in part, because Leadership Council agencies, a cohort of large federal agencies responsible for FSSI governance, directed only 10 percent of their collective spending to the FSSIs. FSSI guidance requires agencies to develop plans to transition from existing agency vehicles to FSSIs, but Office of Federal Procurement Policy (OFFP) staff and General Services Administration (GSA) officials stated such plans were not collected or used to monitor FSSI use. Ensuring agencies submit these plans and monitoring them is consistent with internal control standards to evaluate and hold agencies accountable for performance.

Each year, federal agencies obligate over $400 billion on goods and services, but they miss out on savings when they do not leverage their collective buying power. In 2005, the Office of Management and Budget (OMB) directed agencies to leverage spending through strategic sourcing. In 2014, OFPP, an office in OMB, announced its category management initiative, which is intended to further streamline and manage entire categories of spending across the government more like a single enterprise.

To increase potential savings, GAO is making 6 recommendations, including that OFPP ensure agencies submit transition plans, monitor their use, and ensure agency specific targets and performance metrics to measure adoption of FSSI and category management solutions are set. OMB and GSA concurred with the recommendations.