In calendar year 2013 (the most recent data available at the time of our review), of approximately 1.2 million permanent, non-Senior Executive Service (SES) employees at the 24 Chief Financial Officers (CFO) Act agencies, GAO found that about 71.4 percent (or about 836,900 employees) were rated using a 5-level performance appraisal system. This was followed by a 2-level pass/fail system (about 12.7 percent), 3-level system (about 9.4 percent), and 4-level system (about 6.2 percent).

As figure 1 shows, about 99 percent of all permanent, non-SES employees received a rating at or above “fully successful” in calendar year 2013. Of these about 61 percent were rated as either “outstanding” or “exceeds fully successful.” 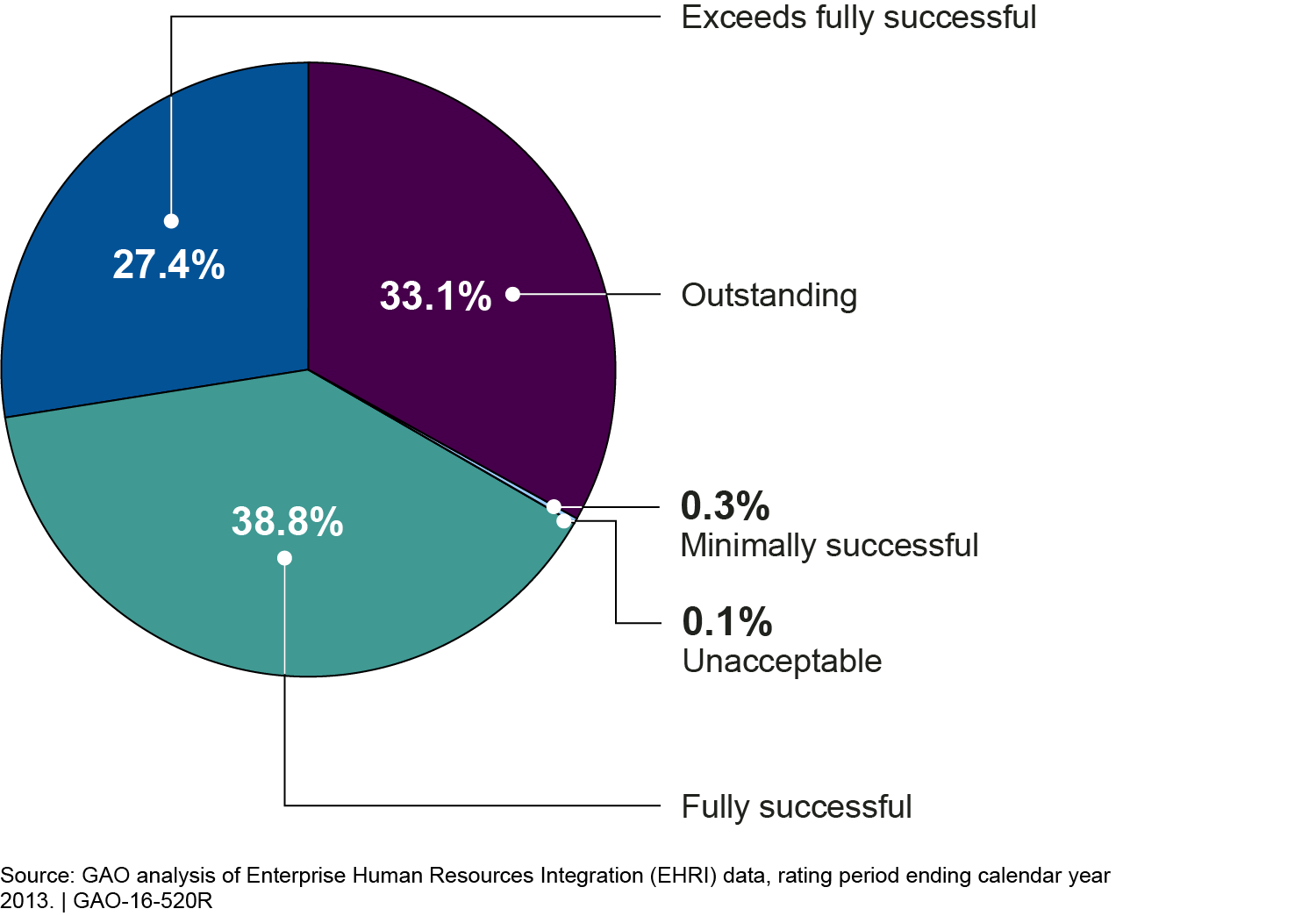 In addition, about 74 percent of employees under a 5-level appraisal system—the most commonly used system—received a rating of “outstanding” or “exceeds fully successful,” as shown in figure 2. 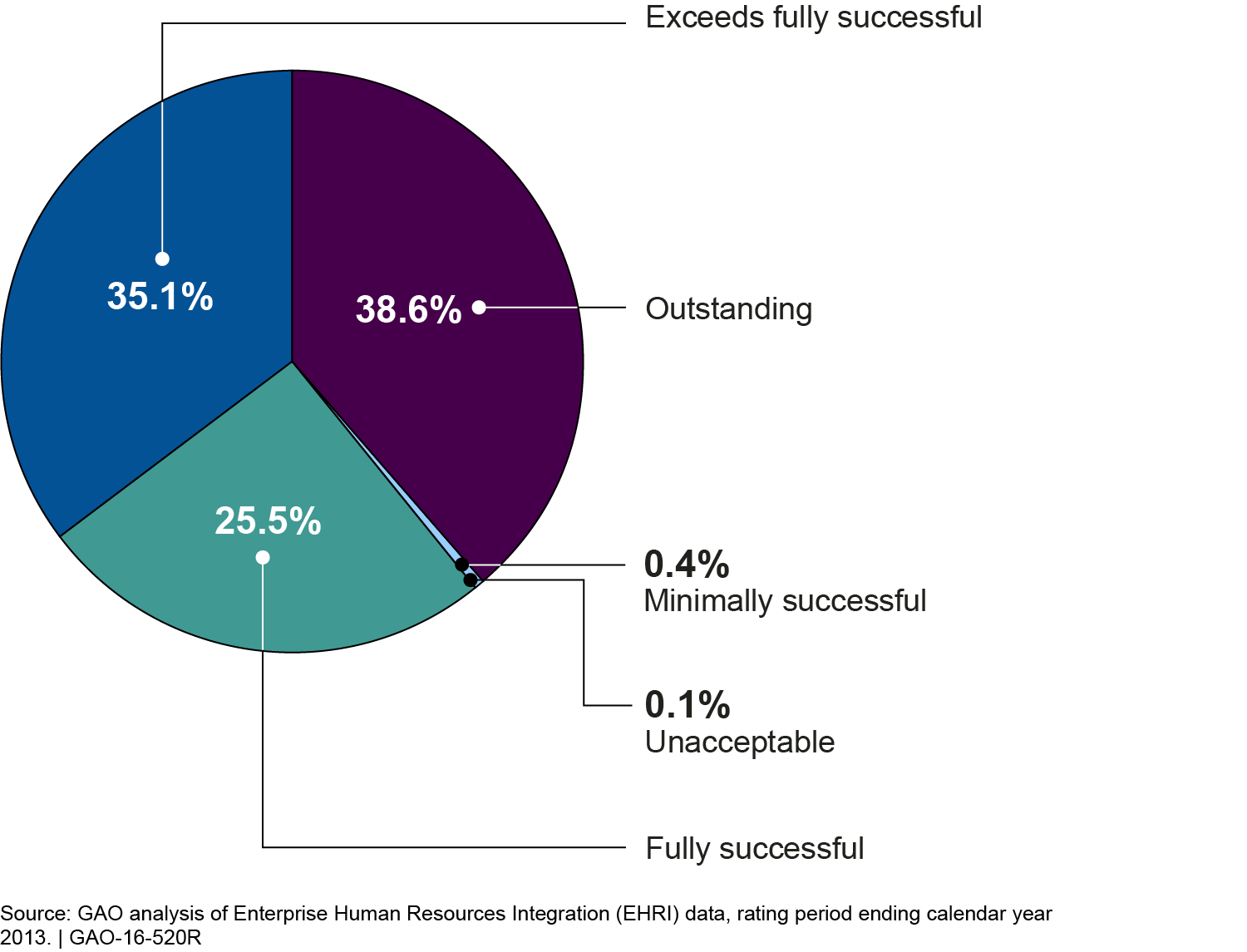 Note: N = 836,900 permanent, non-Senior Executive Service employees (rounded to nearest 100). Numbers may not add to 100 percent due to rounding

Moreover, GAO found that about

In 2003, GAO identified a set of key practices for effective performance management. Among other things, GAO noted the importance of making meaningful distinctions in performance ratings. Such distinctions are the starting point for candid and constructive conversations between supervisors and staff; add transparency to the ratings and rewards process; and help employees better understand where they are doing well and where improvements are needed.

To address these objectives, GAO analyzed OPM data for calendar year 2013—the most recent data available at the time of our review. GAO determined which performance rating systems are most often used by the CFO Act agencies and identified performance rating distribution trends by occupational and other groupings.