The Internal Revenue Service's (IRS) authority to regulate the practice of representatives before IRS is limited to certain preparers, such as attorneys and certified public accountants. Unenrolled preparers—those generally not subject to IRS regulation—accounted for 55 percent of all preparers as of March 2014. In 2010, IRS initiated steps to regulate unenrolled preparers through testing and education requirements; however, the courts ruled that IRS lacked the authority.

Refund Amounts Over or Under the Correct Amount 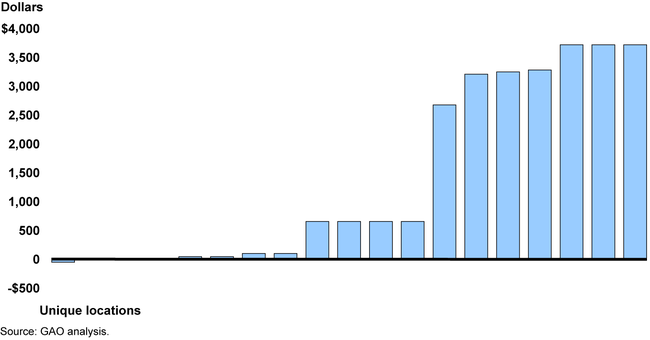 The quality and accuracy of tax preparation varied. Seventeen of 19 preparers completed the correct type of tax return. However, common errors included

claiming an ineligible child for the Earned Income Tax Credit in 3 of 10 site visits where applicable;

not asking the required eligibility questions for the American Opportunity Tax Credit; and

These findings are consistent with the results of GAO's analysis of IRS's National Research Program (NRP) database. GAO analysis of NRP data from tax years 2006 through 2009 showed that both individuals and preparers make errors on tax returns. Errors are estimated based on a sample of returns, which IRS audits to identify misreporting on tax returns. Tax returns prepared by preparers had a higher estimated percent of errors—60 percent—than self-prepared returns—50 percent. Errors refer to changes either to the tax due or refund amount.

For tax year 2011, an estimated 56 percent of about 145 million individual tax returns were completed by a paid preparer. IRS has long recognized that preparers' actions have an enormous effect on its ability to administer tax laws effectively and collect revenue that funds the government. Likewise, many taxpayers rely on preparers to provide them with accurate, complete, and fully compliant tax returns.

GAO was asked to review the oversight and quality of paid preparers. This testimony examines (1) how preparers are regulated by IRS and (2) the characteristics of tax returns completed by preparers based on products GAO issued from April 2006 through August 2008 and work conducted from November 2013 to April 2014. GAO reviewed laws, regulations and other guidance and interviewed IRS officials. GAO analyzed IRS Statistics of Income data from tax year 2011, the most recent data available, and the NRP database, which broadly tracks compliance. To gain insight on the quality of service provided, GAO conducted 19 undercover site visits to commercial preparers in a metropolitan area. Criteria to select the metropolitan area included whether the state regulates preparers and levies an income tax.

If Congress agrees that significant preparer errors exist, it should consider legislation granting IRS the authority to regulate paid tax preparers. Technical comments from IRS were incorporated into this report.