The Federal Aviation Administration is significantly changing how it reviews and certifies designs of small airplanes to improve safety, reduce regulatory cost burden, and spur innovation and technology.

In 2016, the FAA shifted from prescriptive design requirements to performance-based safety regulations—specifying results but not prescribing methods to achieve them. But, the FAA hasn't developed performance measures for the revised regulations or a plan to do so. Also, the FAA staff needs more information on the new approach.

We recommended that the FAA develop performance measures and information for staff to address these problems. 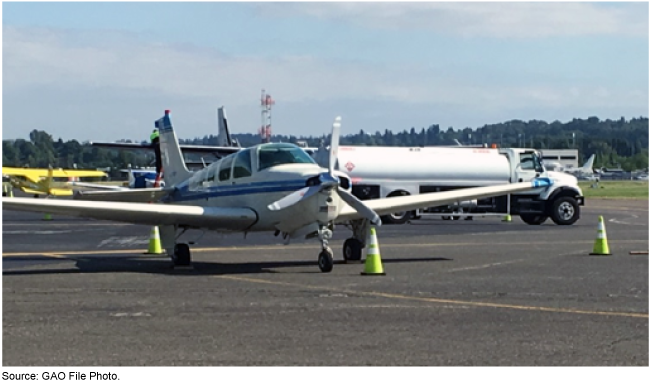 The Federal Aviation Administration (FAA) has taken steps to implement new performance-based safety regulations when reviewing small airplane designs. Performance-based regulations specify required results but do not prescribe any specific method for achieving the required results. FAA began reviewing applications under these new regulations in 2017, so it is early in its implementation of this new approach. However, FAA has faced delays and challenges in its initial design reviews under this new approach. For example, FAA staff who perform design reviews expressed uncertainty about the level of detail that applicants need to provide when showing how their designs meet the new regulations. According to the staff and GAO's review, this and other challenges are partly due to a lack of guidance on how to address issues created by this new approach.

GAO has noted the importance of agencies' ensuring that staff have the information they need to achieve intended objectives. FAA officials stated that they provided training on the new process, but FAA staff described the training as high level and said more detailed information, including updated guidance, is needed. FAA officials stated they are planning to provide virtual training in November 2020 due to the COVID-19 pandemic. However, it is unclear whether the planned training will provide the information needed to address the previously mentioned challenges. Taking steps to provide additional information to FAA staff would help address the challenges staff are facing, reducing potential delays and inconsistencies in reviews and ensuring airplane designs fulfill FAA's safety requirements.

FAA is undergoing a major change in how it reviews and certifies the designs of small airplanes. The Small Airplane Revitalization Act of 2013 directed FAA to streamline its design reviews to improve safety, regulatory cost burden, innovation, and technology adoption. In 2016, FAA shifted from prescriptive design requirements to performance-based regulations. The FAA Reauthorization Act of 2018 directed GAO to review FAA's implementation of these regulations.

This report examines: (1) FAA's implementation of performance-based safety regulations for small airplanes and (2) FAA's efforts to measure the effect of these regulations on safety, regulatory cost burden, innovation, and technology adoption.

GAO reviewed FAA documents and interviewed FAA staff who perform design reviews in 4 of FAA's 8 certification offices, which handled the majority of projects FAA reviewed under the new regulations. GAO also interviewed industry stakeholders, including a selection of different types of manufacturers that have submitted an application under the new approach.

GAO is making 7 recommendations to strengthen FAA's implementation of its new regulations, including that FAA provide staff with more information on how to implement the new approach and that FAA take steps to develop performance measures. DOT concurred with the recommendations.

For more information, contact Heather Krause at or krauseh@gao.gov.

Explore our Key Issues on Transportation