A 2009 executive order called for actions to increase veteran employment in the federal government. But concerns have been raised about the retention and job satisfaction of newly hired veterans.

We found that, compared to similar non-veterans, veterans:

GAO identified six workplace factors associated with veterans' intentions to leave federal service. These factors—or drivers of retention—are based on an analysis of data from the OPM Federal Employee Viewpoint Survey (OPM FEVS), a tool for collecting employees' perceptions of their federal work experiences. 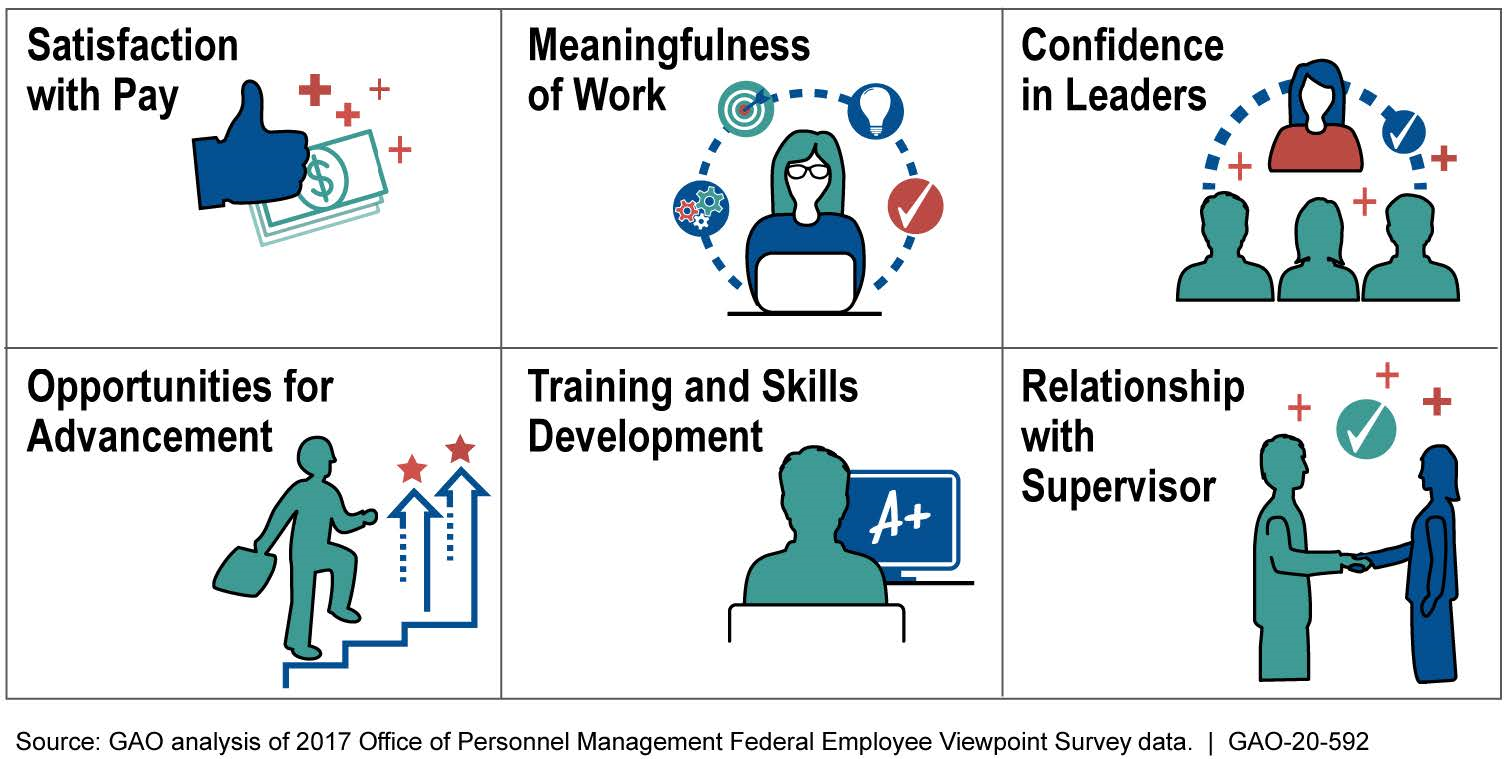 Approximately 200,000 servicemembers transition from military service to civilian life each year, according to the Department of Defense. A 2009 executive order created a government-wide initiative to increase veteran federal employment. While veteran hiring has increased since 2009, OPM has raised concerns about retention and job satisfaction of newly hired veterans.

GAO recommends that OPM assist the 24 CFO Act agencies by using OPM FEVS data to analyze the key drivers of veterans' retention. OPM partially concurred with the recommendation because of concerns about its scope and, in response, we modified it.