Alternative schools may offer a different educational approach to serve expelled students or others whose needs typically can’t be met in a regular school.

We looked at how 15 states hold alternative schools accountable for academic performance. All 15 states used at least one indicator that researchers and studies consider useful for assessing alternative schools. For example, 11 states used college and career readiness indicators, such as industry-recognized certifications. Ten states allowed for more than 4 years of high school attendance when measuring graduation rates, which may better reflect alternative school achievement.

A Classroom in an Alternative School in Kentucky

States use their accountability systems to identify low-performing schools, which can receive added support and are expected to improve.

Alternative schools serve students whose needs are not met in a regular school. They often serve at-risk students who are struggling academically or behaviorally.

Given this unique population, we looked at how states hold alternative schools accountable.

Our review of 15 selected state accountability systems—used to assess all types of schools—found that all 15 include at least one indicator that research organizations and relevant studies considered useful in capturing alternative school achievement. For example: 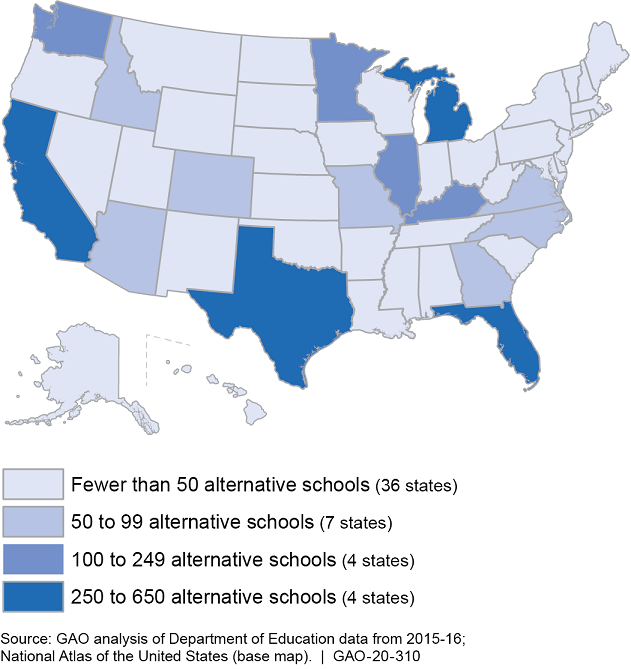 Explore our Key Issues on Education