Each year, about 90% of people file their taxes using commercial software or a paid tax return preparer. If these "third parties" that handle your tax information are hacked, your personal information could be exposedâ€”leaving you vulnerable to identity theft.

Some of these third parties may not know how to keep your information safe. Also, IRS doesn't have the same information security requirements for all software companies or for all paid preparers, so taxpayer information isn't consistently protected from hackers.

Federal law and guidance require that the Internal Revenue Service (IRS) protect the confidentiality, integrity, and availability of the sensitive financial and taxpayer information that resides on its systems. However, taxpayer information held by third-party providersâ€”such as paid tax return preparers and tax preparation software providersâ€”generally falls outside of these requirements, according to IRS officials.

In 2018, about 90 percent of individual taxpayers had their tax returns electronically filed by paid preparers or used tax preparation software to prepare and file their own returns.

IRS seeks to help safeguard electronic tax return filing for various types of third-party providers through requirements under its Authorized e-file Provider program. However, IRSâ€™s efforts do not provide assurance that taxpayersâ€™ information is being adequately protected. 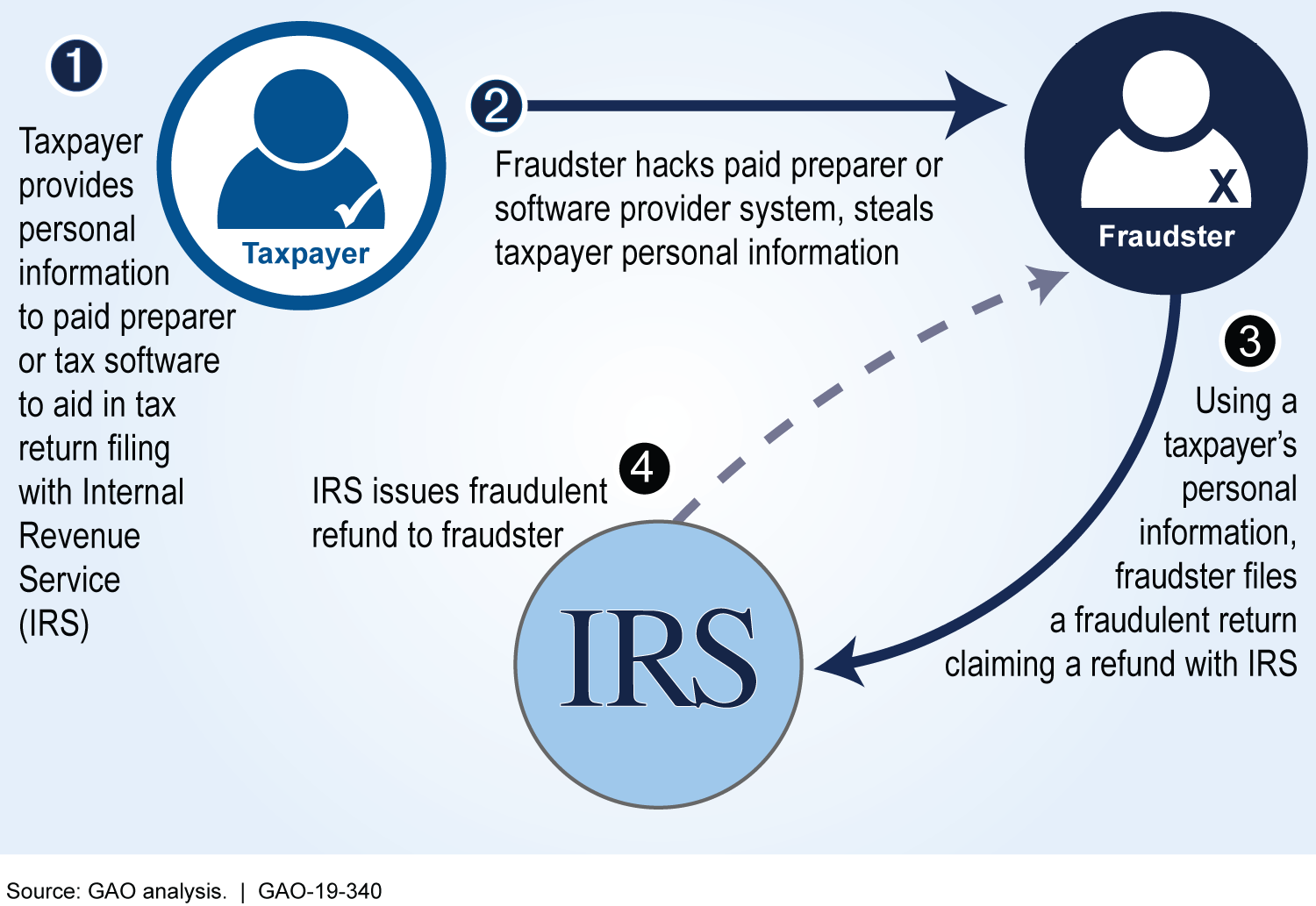 IRS monitors compliance with its electronic tax return filing program requirements for those paid preparers who electronically file returns; however, IRSâ€™s monitoring has a limited focus on cybersecurity issues. For example, the monitoring techniques largely focus on physical security (e.g., locked filing cabinets) rather than verifying that preparers have an information security policy consistent with NIST-recommended controls. Without effective monitoring of cybersecurity controls, IRS has limited assurance that those paid preparersâ€™ systems have adequate controls in place to protect clientsâ€™ data.

IRS recently began collecting information on high-risk security incidents, such as hackers infiltrating third-party provider systems. Reported incidents increased from 2017 to 2018, the only years for which IRS has data. However, IRS does not have a full picture of the scope of incidents because of inconsistent reporting requirements, including no reporting requirements for paid preparers.

GAO analyzed IRSâ€™s information security requirements, standards, and guidance for third-party providers and compared them to relevant laws, regulations, and leading practices, such as NIST guidance and Standards for Internal Control in the Federal Government. GAO reviewed IRSâ€™s monitoring procedures and its requirements and processes for third-party reporting of security incidents, and compared them to Internal Control Standards and GAOâ€™s A Framework for Managing Fraud Risk in Federal Programs. GAO also interviewed IRS and tax industry group officials.

GAO is also making eight recommendations, including that the Commissioner of Internal Revenue

IRS agreed with three recommendations, including the above recommendations to regularly review and update security standards for tax software providers, and standardize incident reporting requirements.

IRS disagreed with five recommendationsâ€”including the other three listed aboveâ€”generally citing the lack of clear and explicit authority it would need to establish security requirements for the information systems of paid preparers and Authorized e-file Providers. GAO believes that IRS can implement these recommendations without additional statutory authority.