Things have not gone according to plan. Today, the Navy has a fleet of just 280 ships. That’s not only fewer ships than it planned on—that’s fewer than it had in 2007.

In our recent capstone report, we took a look back at the past 10 years of GAO reports on Navy shipbuilding to figure out what is behind the problems. Join us tomorrow, June 8, at 11 a.m. ET on Facebook Live for our next “Cuppa GAO: Coffee with our Experts,” where we’ll talk about our key findings.

Read on for more on Navy shipbuilding in today’s WatchBlog. 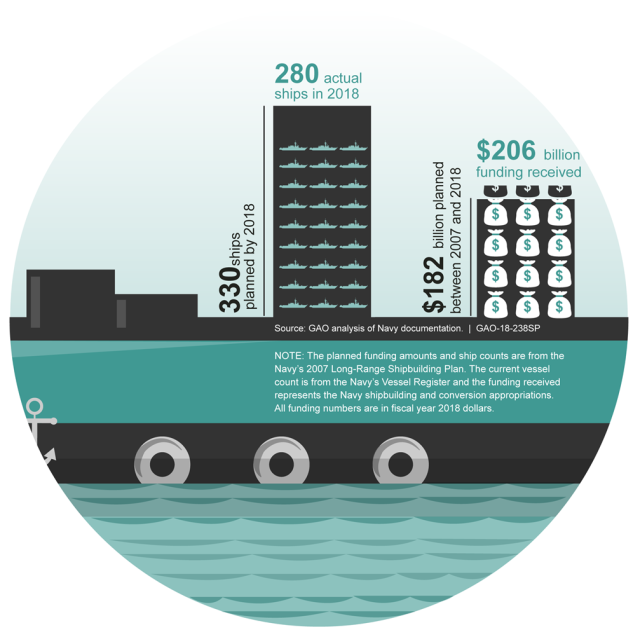 Why do these issues keep happening?

In previous reports, we identified best practices of several leading commercial shipbuilders that could be adopted by the Navy. Successful shipbuilding programs match what they’re planning to build with the resources required to build them—like time, money, technologies, and design knowledge. These programs make sure they have sufficient knowledge at key points before moving into the next phase, and they follow a quality assurance process to minimize ship deficiencies. 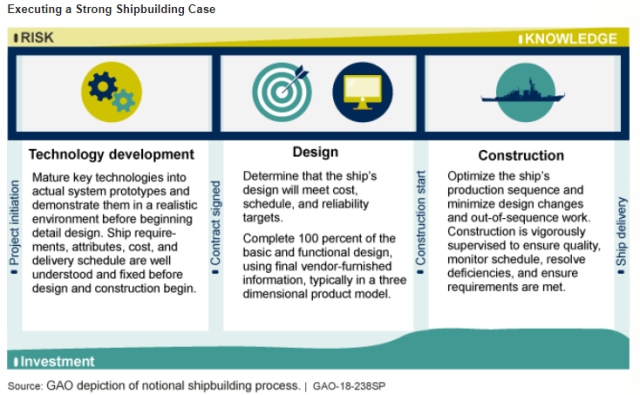 The Navy, on the other hand, often moves ahead in the acquisition process without having that knowledge—which increases risk. In many cases, programs start ship construction before the design is finished, for example. The Navy is able to proceed without the required levels of knowledge because of policies and processes that enable deviation from the best practices.

Take the Ford-class aircraft carrier, for example. The Navy underestimated its cost and schedule, and began construction while still developing critical technologies. The Navy took delivery of the lead carrier in 2017—over 2 years late, more than $2 billion over budget, and incomplete. It won’t be ready to deploy until 2022. 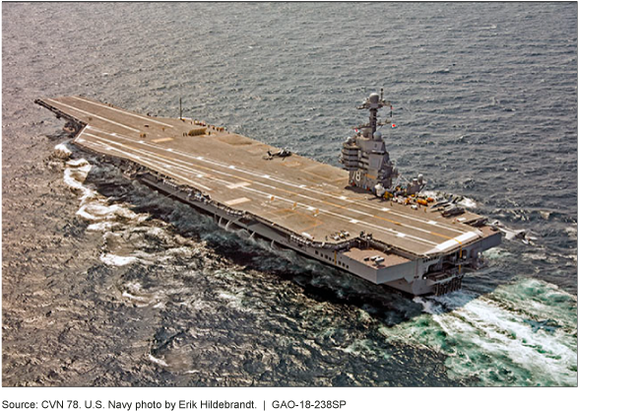 The Navy is now planning its biggest fleet size increase in over 30 years, including some expensive and complex acquisitions, like the Columbia class ballistic missile submarine. The Navy estimates it’ll need more than $200 billion over the next 10 years to sustain this fleet and begin working toward its goal of a 355-ship fleet, but cost increases and delays continue to erode its buying power and put its long-range plans at risk.

Over the past decade we’ve made 67 recommendations to help the Navy improve shipbuilding outcomes. The Navy has addressed some of these, but not acted on many others. Future success hinges upon the Navy’s ability to rethink its approach, avoid missteps of the past, and get better outcomes for both the sailor and the taxpayer.

Want to know more? Check out our full report and join us for a live discussion with our expert about our key findings on Navy shipbuilding.

Tune in tomorrow, June 8, at 11a.m. ET on Facebook Live for our next “Cuppa GAO: Coffee with Our Experts.” 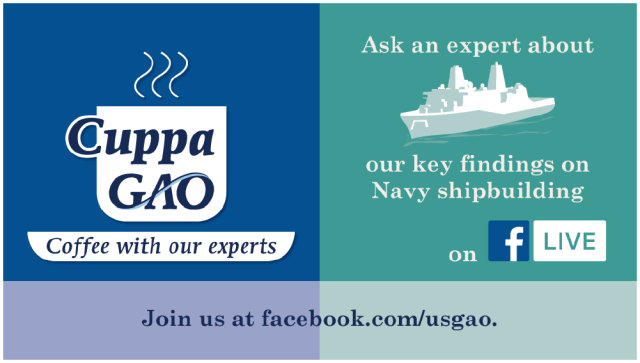