Skip to main content
For nearly a decade, we’ve reported that federal agencies have ineffectively administered Indian health care, education, and energy resource development programs. This year we added the agencies responsible for these programs to our High Risk List—which discuss the federal agencies and programs most vulnerable to fraud, waste, abuse, and mismanagement. Today’s WatchBlog discusses federal administration of Indian health care services, education programs, and development of Indian energy resources. Watch our video, and read on for more. Ensuring the health of American Indians The life expectancy of American Indians born today is 4.4 years shorter than other Americans in the United States. What’s worse is that many of the conditions preceding these deaths—such as diabetes and the flu—could be prevented by timely access to quality health care. The Indian Health Service is charged with providing health care services to tribes and their members—and does so either through government-operated hospitals and clinics, or by funding services provided in other facilities. However, we continue to find that IHS struggles to provide quality health care, due in part to inadequate oversight, insufficient workforce planning, and aging infrastructure and equipment. For example, in 2016 we found that there were over 1,550 vacancies for health care professionals—doctors, nurses, dentists, and more—throughout the IHS health care system, affecting its ability to provide primary care to tribes and their members. The quality of health care was also hampered by outdated medical and telecommunications equipment, such as analog mammography machines and telephones with an insufficient number of lines for scheduling patient appointments. Ensuring safe schools and high quality education for Native youth The federal government invests over $1 billion annually in Bureau of Indian Education schools. Yet students enrolled in these schools lag behind American Indian students in public schools in reading and math, and only about 53% graduate from high school, according to the Bureau of Indian Education. 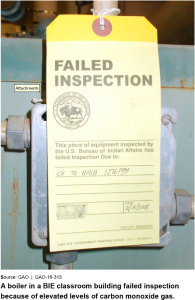 Why? We identified long-standing problems that have hampered efforts to improve BIE schools over the years. For example, in 2014 we reported that BIE lacked robust systems to ensure that its schools used federal funds to educate students. As a result, we found several instances of misused funds, including $1.7 million for one school that was improperly transferred to off-shore accounts. In 2016, we also reported that deteriorating facilities and equipment led to unsafe conditions at BIE schools. At one school, we found seven boilers that failed inspection because of safety hazards, such as elevated levels of carbon monoxide. Though they endangered students, most of the boilers were not repaired until 8 months after inspection. Energy resource development on American Indian lands Some Indian tribes hold plentiful energy resources—such as oil and natural gas found in shale as well as wind and solar—and developing these resources could help them improve the economy and well-being of their communities. However, tribes face difficulties capitalizing on these resources due to, among other things, complicated regulations and federal mismanagement of resources held in trust. 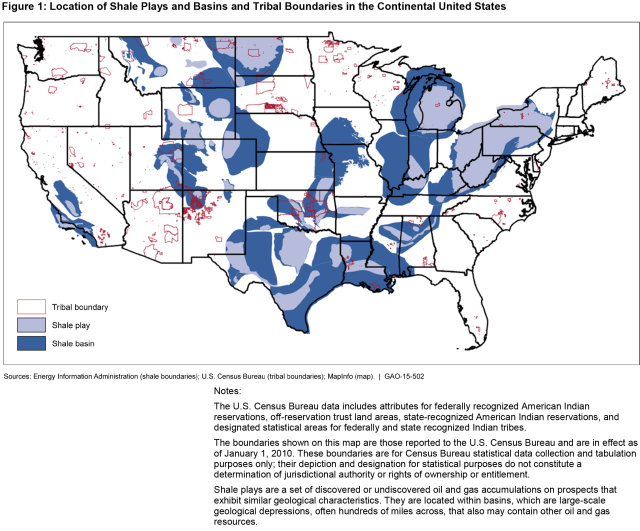 Development of many of these resources requires approval from the Bureau of Indian Affairs. Over the past 3 years, we have reported on long-running federal mismanagement of Indian energy resources. In 2015, we reported that BIA was short-staffed, and had weak oversight of its review and approval process associated with the development of energy resources—resulting in long approval times, missed opportunities, and lost revenue for tribes. Additionally, in 2016, we found that multiple agencies were not following best practices for collaborating on initiatives to help Indian tribes achieve their energy goals. As you might imagine, we’ve made dozens of recommendations over the years aimed at improving federal services to Indian tribes and their members. Check out our full list here, and learn more in this year’s High Risk List.
Read the post