Are you more surf than turf? Whether you call yourself a pescetarian or just enjoy the occasional shrimp cocktail, chances are the fish and shellfish you eat were imported.

During National Seafood Month, listen to our podcast and read on to learn more about where the nation gets its fish, and federal efforts to ensure the safety of imported seafood.

In a Not-So-Small Pond

The United States is currently the world’s second largest importer of seafood, importing from approximately 140 countries. As of April 2016, these imports account for over 90% of the seafood consumed here. 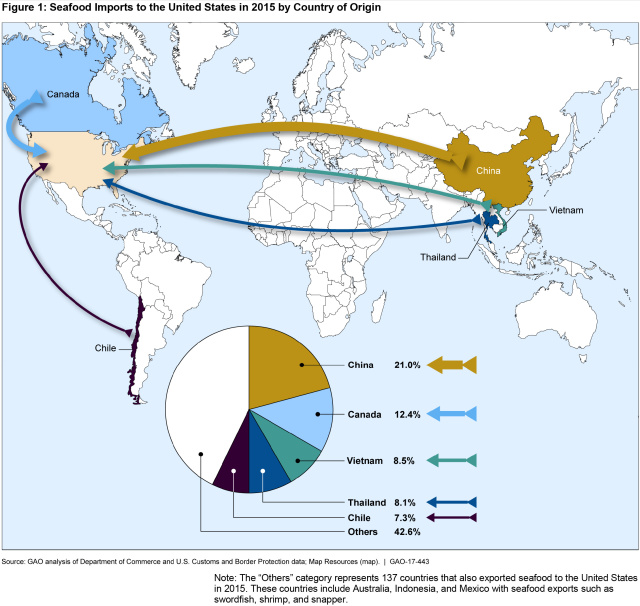 About half of the imported fish comes from aquaculture or, as it’s more commonly known, fish farming. Because fish grown in these confined spaces can have high rates of bacterial infections, farmers may treat them with drugs, such as antibiotics, to increase their survival rates. However, drug residues can remain in the fish through harvesting, processing, and consumption.

Catches of the Day

Historically, the Food and Drug Administration has been responsible for ensuring that the nation’s seafood is safe. All imported FDA-regulated food products—including fish—must meet the same legal and regulatory requirements as food grown and produced domestically. For example, foreign fish farmers can only use the same drugs that are allowed for use in the United States. 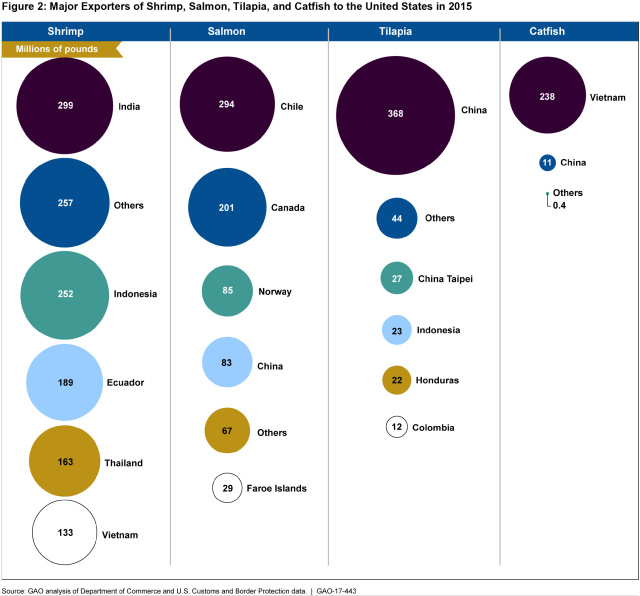 FDA continues to be responsible for the safety of all seafood except for catfish.  A 2008 law assigned the U.S. Department of Agriculture’s Food Safety and Inspection Service (FSIS) responsibility for inspecting domestic and imported catfish. We raised concerns in 2012 that this change could introduce redundancy, as FSIS would be duplicating an existing FDA inspection program for catfish. Nevertheless, this fall FSIS began analyzing whether countries exporting catfish to the United States have similar levels of public health protection for catfish as found in the United States.

So, how is this working? We went fishing for answers and reeled in a few recommendations.

Among other things, we recommended that FDA do more to ensure the safety of imported seafood, such as working with other countries on agreements that they will test their seafood exports for unsafe drug residues. Regarding catfish, we recommended that FSIS actually visit some of the foreign catfish farms to see the conditions under which the catfish are being raised, and the drugs being used.

Finally, to ensure there is consistent federal oversight of imported seafood, we recommended that FDA and FSIS coordinate on their drug residue testing methods. They generally haven’t done so, which means that, in some cases, they’re using different drug residue levels to determine if imported seafood is unsafe.

To find out more about federal efforts to keep our imported seafood safe, check out our full report.