The Department of Energy invested $7.36 billion in thousands of civilian research and development projects in 2015—supporting R&D in areas such as energy efficiency, renewable energy, and the electricity grid.

With this funding, researchers at national laboratories, universities, and private companies have discovered ways to better predict hurricane-caused storm surges, used bacteria to enhance biofuels production, and found ways to ensure a continued supply of energy in cities during power outages. 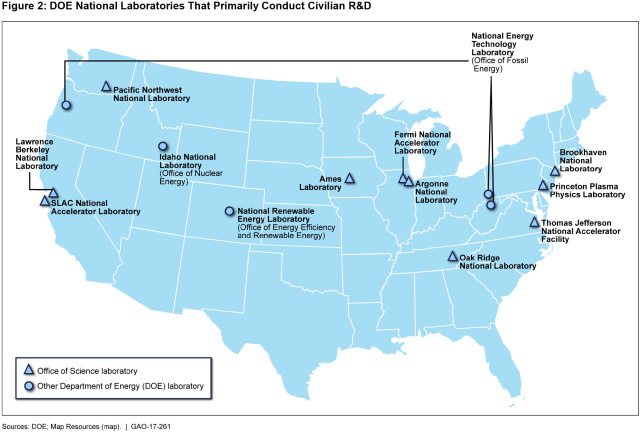 The three program offices we selected for detailed reviews—the offices of Energy Efficiency and Renewable Energy, Nuclear Energy, and Science—oversee nearly 90 percent of DOE’s civilian R&D investments. Although each office has a different focus, they all undertake similar oversight activities.

Although DOE’s investments in civilian R&D projects have grown in recent years, it has had fewer staff to oversee them. In 2015, the agency obligated 3.8 percent more for these projects than it did in 2011, but its oversight staff decreased by 11 percent.

Some reasons for this decrease included the completion of projects supported with funds provided by the American Recovery and Reinvestment Act of 2009 (which had funded additional staff), budgetary pressures, and unfilled vacant positions.

To learn more about DOE’s oversight of its energy research and development projects, check out our full report.