A major World War II naval battle around the Midway Atoll—a trio of small islands near Hawaii—ended in June 1942 when the United States turned back a Japanese attack and crippled its Imperial Navy.

Now, 75 years later, this atoll is home to the Battle of Midway National Memorial, which marks the turning point of the war in the Pacific.

To honor the occasion, we’re taking a tour of some historic battle spots on the atoll from our review of Midway’s history and habitat. While Midway is inaccessible to most Americans, our video and the photos below can help give you a sense of what the atoll looks like now.

A few months before the Battle of Midway, the atoll, like Pearl Harbor, was attacked by Japan on December 7, 1941. During that bombardment, this Power Station building, used as a Command Center, was bombed and Lieutenant George H. Cannon was mortally wounded. For his conduct, courage, and bravery, Cannon was the first U.S. Marine in WWII to receive the Medal of Honor. 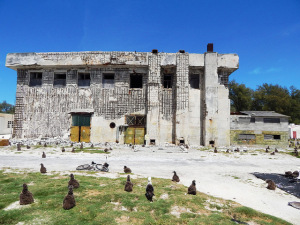 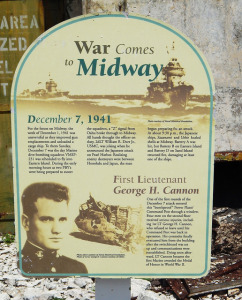 This seaplane hangar, also bombed in that earlier attack, housed the planes that first spotted the Japanese attack on June 4, 1942. The hangar later caught fire during the air attacks. 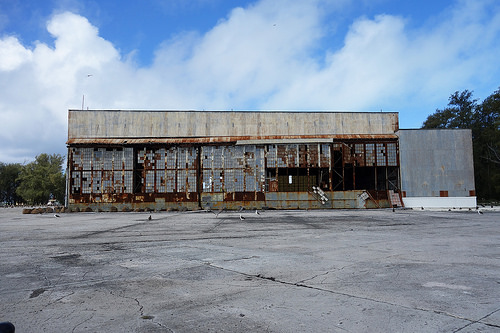 This metal pillbox was used as a defensive structure in the Battle of Midway . 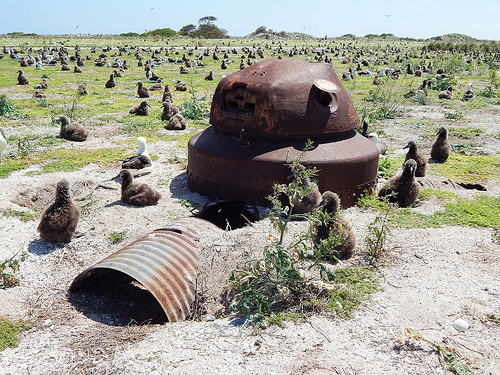 Built on the shore, this concrete structure was a possible gun position. According to the U.S. Fish and Wildlife Service, which is responsible for overseeing the island, its deterioration was likely caused by water and sediment from the tsunami that hit Japan in 2011. 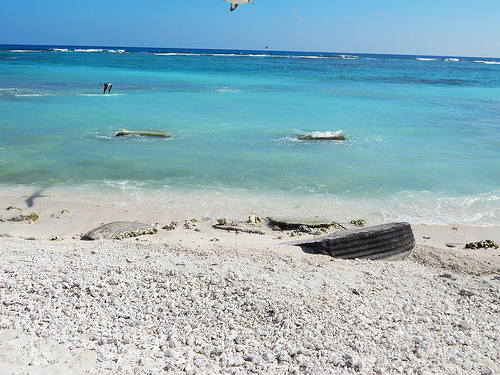 Designated a National Historic Landmark in 1987, this hut was used as an underground bunker for storing ammunition. 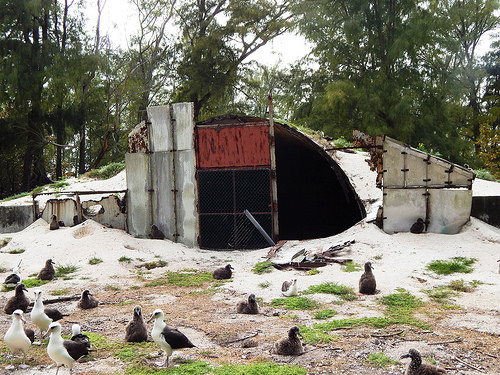 This anti-aircraft gun is associated with the naval air station from 1942 to 1945.

The Midway Mall Complex was designed by the architect Albert Kahn as a recreational facility. It was initially constructed before the Battle of Midway, but the Navy later added several additions. 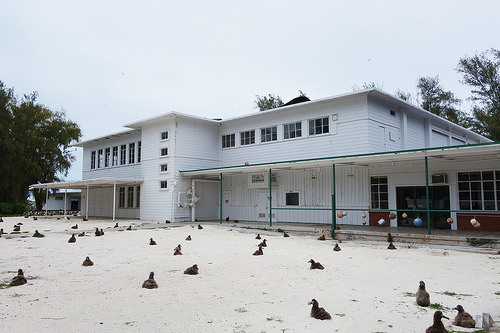 Finally, this memorial was constructed in August 1995 by the International Midway Memorial Foundation to preserve the memory of Midway. 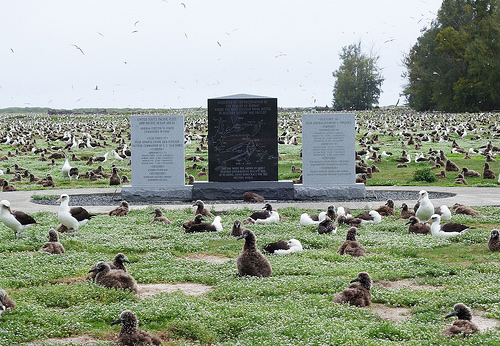 To see more of our work on the Midway Atoll, check out our report—which has over 100 high-resolution photographs of this historic site (and wildlife refuge) as well as a chronology of historical and other events for the atoll.